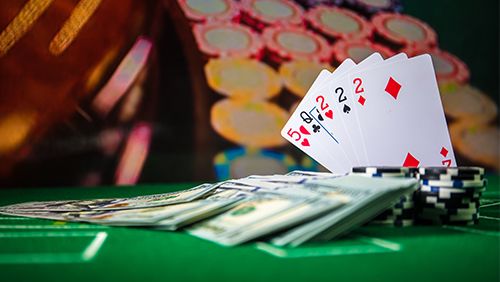 Dunder, the iGaming platform operated by Malta-based MT SecureTrade, is pulling out of the UK. It confirmed to its users and media partners that it plans on closing up its online casino in the country as of the end of the month, and is already beginning to pull back on its domestic presence there. Users of the platform shouldn’t procrastinate, and need to start removing their balances as soon as possible to avoid any last-minute problems.

The company plans on conducting a “phased close down” of its operations in the UK, and will cut off all affiliates and advertising as of this Thursday. Players can start withdrawing their balances now, and Dunder explains that it has expanded the withdrawal limits, allowing users to take out almost all their money in a single withdrawal, but only able to reach a £3 ($3.91) lower limit. No new users or deposits are being allowed as it prepares its exit, and all withdrawals and logins will be turned off as of October 30.

The reason for the departure hasn’t been made exactly clear; however, it could be fueled, in part, by the continued restrictions placed on the gambling industry in the UK. It’s no secret that the country is taking a hardline stance against gambling operators, and even gamblers, and has introduced a number of measures over the past couple of years that have taken the entertainment out of gambling. The recent announcement of a new legislative group in the House of Lords that will pay particular attention to the gambling industry is just the latest in a long line of moves the UK has taken against gambling.

It’s also possible that the COVID-19 situation has hurt the company, as well. Dunder was one of the first online casinos in Scandinavia to be powered by Gaming Innovation Group (GIG), with hopes of greater expansion across Europe. It moved into the UK in 2018 in an attempt to become a key player in the market; however, the timing of the entrance found it facing a number of obstacles from legislators and their goal of cracking down on gambling, as well as the global coronavirus pandemic.

Another reason for the exit could be the company’s internal practices, which have sometimes run afoul of regulations. In May of last year, the UK Gambling Commission determined that MT SecureTrade had “weaknesses” that resulted in holes in its “anti-money laundering and customer interaction controls.” It had also determined that the company wasn’t complying with social responsibility regulations, and the result of the commission’s investigation included a penalty of £592,333 ($771,200) and restrictions on MT SecureTrade’s license.