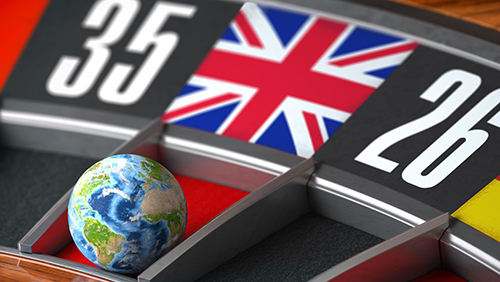 The U.K.’s gambling industry is about to suffer another blow. Anytime a new group is formed, of any kind, its first goal is to make a name for itself, and this is undoubtedly what will happen as a result of the creation of the Peers for Gambling Reform (PGR). The goal of this new peer-led group in the House of Lords is to act as a kind of watchdog over the gambling industry in the country, reviewing different aspects of operations and providing recommendations to the government on reforms that should be made. Based on the continued restrictions the U.K. has been placing on the gaming industry, PGR will almost definitely look to crack down even more.

PGR is going to be led by Lord Foster of Bath, who will serve as its chairman. Joining him as vice chairs are Lord Smith of Hindhead, Baroness Armstrong, Lord Butler and the Bishop of St Albans, Alan Smith, as well as about 145 more individuals. Smith has held his position since 2009 and has a die-hard anti-gambling stance. He is staunchly opposed to fixed odds gaming machines and was one of the figures behind the push the £2 ($2.59) limit on those machines.

Lord Foster of Bath asserts about PGR’s creation, “Given that we have a third of a million problem gamblers, including 55,000 children, and one gambling-related suicide every day, action is urgently needed. Online gambling companies have cashed in on the pandemic, making more profit and putting more lives at risk. This new group of 150 peers from across all sections of the Lords seeks to ensure urgent action is taken by the Government to reform our wholly outdated regulation. It is Time for Action.”

The creation of the new peer-led PGR comes as the U.K.’s government is actively looking to upgrade the country’s gaming laws and the 2005 Gambling Act. The group plans on reviewing, among other things, how operators deal with gambling addiction, speed of play, stakes limits, marketing and loot boxes. It is also expected to make recommendations for new taxes and changes to how casinos and gaming entities target VIP gamblers.

The gambling environment in the U.K. is more than likely about to see an even greater amount of upheaval, and everyone in the industry has to be a little concerned about what might be coming down the pipe. The Betting and Gaming Council (BGC), through CEO Michael Dugher, is trying to keep things from getting out of hand, saying in a statement about the creation of PGR, “As the new standards body for the regulated sector, the BGC is committed to driving big changes in the regulated betting and gaming industry.

“It is important to remember that the vast majority of the nearly 30 million U.K. adults who enjoy an occasional flutter every year, either on the Lottery, bingo, sports, casinos or gaming, do so perfectly safely. But one problem gambler is one too many and that is why – like the new peers’ group – we also support reform. It is also why we welcomed the House of Lords committee report into the social and economic impact of the gambling industry earlier this year.

Dugher knows that there’s no way to turn back the hands of time and is willing to ensure that the BGC and its members work with legislators to keep things civil, and adds, “Our members also introduced the whistle to whistle ban on TV betting ads during live sports programmes, which has reduced the number seen by young people at those times by 97 [percent]. And from 1 October, tough new measures will come into force to further prevent under-18s from being able to see betting adverts. We want to go further, however, and that is why we look forward to working with the Government on the forthcoming Gambling Review.”