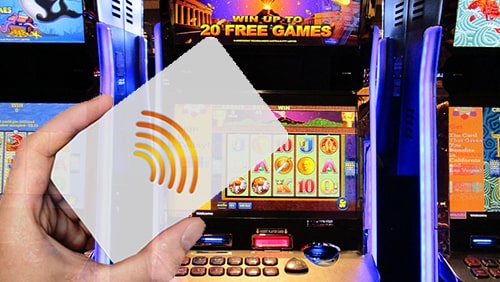 The push for cashless gaming options for pokies or slot machines in Sydney, Australia is set to hit a snag. Lobby groups for the hotels and clubs association have voiced strong opposition to the ideas, with the costs set to inhibit the growth of new business across New South Wales (NSW) pubs and clubs. Opposition groups are arguing that the structure of the new proposal will increase the costs to small and medium-sized operators.

The proposed changes to state laws would force gamblers to register and pre-load money onto the gaming card. The system would be linked to the state-run self-exclusion database for problem gambling.

ClubsNSW have called the proposal an “expensive solution” being forced onto clubs. ClubsNSW chief executive Josh Landis expressed his doubts to the media. “The industry simply isn’t going to accept blindly any idea that lacks detail about cost impact,” he said.

Former NSW politician Michael Daley remained critical of the proposed scheme. “Some of these measures could devastate pubs and clubs at a time when their survival is under threat and protecting jobs is paramount.”

The NSW Shooters, Fishers and Farmers Party have also expressed their skepticism over the proposal highlighting the privacy concerns for prospective players, highlighting the ideas was relying on “fallible and hackable cloud-based solutions.”

The Shooters, Fishers and Farmers party Robert Borsak then added a further comment, accusing the government of wanting to hurt smaller pubs and clubs.

“The economic impact on NRL and AFL sporting clubs, on community RSLs, bowling clubs, country pubs and their community support activities will be devastating,”

Other senior NSW politicians have expressed their disdain for the idea, with Tania Mihailuk, questioning the effectiveness of the proposal on Twitter:

This isn’t about stopping gambling … nothing new to control online gambling????…. this is about killing our local Clubs and more unnecessary red tape #nswpol https://t.co/eGXLEqBSw9

While the opposition continues over the proposal, the Alliance for Gambling reform expressed their support to tackle the issue of problem gambling.

The chief lobbyist for the Alliance for Gambling Reform, Tim Costello was pleased with the discussions so far.

“It is immensely encouraging to have a minister responsible for gambling in NSW seeking significant reform to support people experiencing issues with gambling, and also speaking about the harms poker machines do in what is effectively the non-casino pokies capital of the world.”

While lobbyist groups may be unhappy with proposed cashless cloud solutions, they may want to checkout what’s being developed on the Bitcoin SV blockchain. As discussed at the recent CoinGeek Live, cashless payments are already easy and safe with Bitcoin, and beat any other solution available.