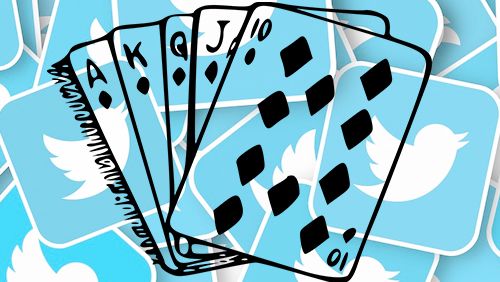 When one of the craziest poker players in the world, Daniel Cates, a.k.a. ‘Jungleman’ asks about everyone else’s craziest experience within the game, you know that the replies are going to be some kind of poker wildfire.

Quite how good they are is a testament to the creativity and recollection of poker fans sat at home reminiscing about their best experiences in the game while the COVID-19 pandemic keeps most away from the live felt.

What are your top five craziest moments in poker?

It’s impossible not to love Junlgeman for doing this, but the stories he’s set free are even far better than the question!

Let’s start with bad beats and river miracles, hand specifics. There’s nothing worse than a bad beat story to many, but some of them are amazing, and abridged to fit in with the 240-character Twitter restriction are all the better for it.

WSOP. During initial deal:
Get dealed a J, second card flips over and is a J.
I get dealed another J.
Get it in preflop vs QQ.
River J.

Less of a miracle, more a holy proclamation. All the hooks for that one. Howard Mazer had less of a good time on the river in not one but two hands:

It’s bad, but it’s not quite the slowroll of a lifetime as this gentleman saw a bad beat jackpot counterfeited by a one-outer on the river.

#1 is Bad Beat Jackpot at Caesars, AC about $700,000. Long story short, I had 89s vs QQ on a TsJsQQs board. We get all of the money in, turn up, and all go wild… That is until the Ks fell on the river, this disqualifying my hand because both hole cards have to play.

Perhaps Milo Zandi has the worst of all, however. We’re not even going to ask ‘What are the chances?’ to our calculator because it might blow up:

Cates’ career has, of course been one fired by controversy for some time, but recent protestations that he’ll be putting his time to better use fly in the face of his undoubted popularity within the game. He’s so well-loved by many, and despite a recent quarrel after being outed as having ‘ghosted’ in a high stakes game for personal gain, he clearly still has much to offer the fans.

Some players really do go town, with stories of personal disputes…

1. guy called my Cbet who had NO cards (he forgot he folded preflop & took a while for anyone to notice)

2. guy told me he would see me in the parking lot after a bad river

3. CL v CL at Venetian near bubble I bust w AA v T2o all in preflop for 125bb eff stacks

1. Dumped a full beer on someone head while playing SNG at wsop. He deserved it so much he got rio ban instead of me. I did have to talk to LVPD outside later, was 3 handed and got blinded out with 75% of chips

… and even a novel way to root yourself into winning the PokerStars Sunday Million as Steven van Zadelhoff detailed:

When all is said and done, the replies might have been fire, but in the words of legendary player Dan Smith, there’s one question for Dan ‘Jungleman’ Cates:

Whenever you want to get back to playing poker, Jungleman, it’s pretty clear that the fans will have you back.