Things started looking a little grim for football fans last week when it was announced that a number of players with the Tennessee Titans had tested positive for COVID-19. Shortly after, New England Patriots quarterback Cam Newton was also taken out by the virus, and it suddenly seemed like the NFL season was going to crash. Fortunately, the league, which admitted that it had expected to some coronavirus activity, was able to scramble and figure out how to keep things going. That was good news for sports fans and sports gambling fans, who didn’t shy away from sending a lot of action to the Bodog sportsbook. 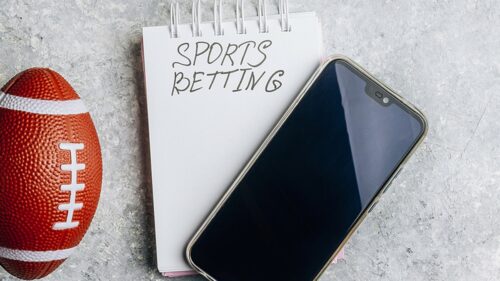 Over this past weekend, football continued to lead the way on Bodog. Wagers on NFL games captured 36.53% of the bets, while college games received 22.28%. The NBA Playoffs, which now see the LA Lakers with a 2-1 lead over the Miami Heat, found some interest, as well, accounting for 10.55% of the bets placed. Also making the top-ten list were all major sports segments, with MLB, Ultimate Fighting Championship (UFC), soccer and tennis making their usual appearances. One addition to the list this week, though, was cricket, with the Indian Premier League capturing 2.13% of gamblers’ money.

Out of the individual betting events, NFL games still continue to command the majority of the action on Bodog, a trend that has been in place since the league kicked off at the beginning of September. Taking eight of the top ten spots were NFL games, with the NBA Playoffs grabbing the other two. Leading the way was the matchup between the San Francisco 49ers and the Philadelphia Eagles, which saw 17.58% of the bets on Bodog. The defending NFC champs surprised their fans when they put up their first loss of the season against the Eagles, blowing the -334 odds they had been given. For those who took a shot on the underdog, they made out like bandits, with the Eagles having gotten +270 ahead of their 25-20 victory.

The two NBA Finals games fell into second and third place. The Friday game, Game 2, received 14.40% of the wagers, while Game 3 on Sunday captured 12.46%. Game 2 saw the Heat take multiple hits due to injury, and this impacted the team’s ability to put up a solid fight against the Lakers, who would move the best-of-seven series 2-0 in their favor with a 124-114 win. If the depleted Heat bench was seen as a disadvantage for Miami, the team proved everyone wrong in Game 3, coming back to win a decisive 115-104 game. The two will face off again tonight in Game 4 and the Heat hope to be able to put some of their injured players back on the court.

The rest of the top action on Bodog all went to NFL games. In all of these options, except one, the favorite took the win. The exception was the game between the Cleveland Browns and the Dallas Cowboys, which had the Boys listed as the favorites. However, the Browns pulled off the victory, taking them to a 3-1 record on the season. Dallas, however, slipped to 1-3.