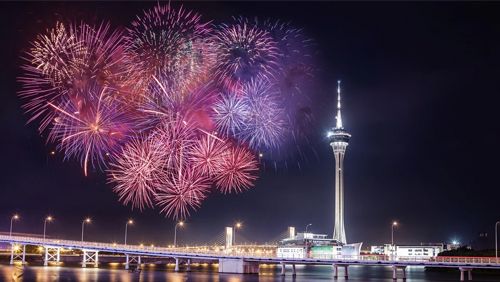 No one expected Golden Week to mark a huge turn-around for Macau; however, the hope was that it would bring some type of relief for the city and its casinos after continued near-flat visitation that has lasted for several months. COVID-19 still refuses to release its grip and, even if the number of positive cases has dropped in the region, travel restrictions and concern over infection remain. As a result, Macau did the best it could to attract whatever portion of the market it could muster during the ongoing Chinese holiday period, but wasn’t able to achieve anything significant. Across the first three days of Golden Week, visitation to Macau was down almost 90% from what was recorded last year.

According to data provided by the Macao Government Tourism Office (MGTO), Macau welcomed 58,345 arrivals from last Thursday through Saturday. That equals a drop of 87.2% from last year’s opening weekend, mostly fueled by an extreme decline in visitation from mainland China. Typically the biggest feeder for Macau, especially during the annual week-long holiday, only 55,100 mainlanders paid Macau a visit over the three-day period, a year-on-year decline of 86.1%.

The MGTO was most likely waiting with bated breath the morning of October 1, ready to see how the first day of Golden Week would turn out. The entry points to the city were underwhelmed, however, and only 15,500 visitors crossed over into the city. That represents an 88.5% drop from the first day of the holiday period last year, and October 2 didn’t get any better. Although the figures for the day showed 22,116 arrivals, that was off by 86.1% from what was recorded last year. On October 3, the number of arrivals dipped, with Macau welcoming only 20,726 visitors – 86.1% fewer than it had a year earlier.

This is the second year in a row that Macau visitation has been anything but impressive, especially for the city’s casinos. Last year, overall visitation saw a year-on-year increase of around 11%; however, the average daily revenue for the city’s gambling properties was about 12% less than what had been recorded in 2018. Most of that came from a drop in VIP gambling, which lost around 22-24% of the prior year’s level.

While the lack of visitation from mainland China was a huge factor in getting Golden Week off to a slow start in Macau, it wasn’t the only reason. Anyone looking to head to Macau from Hong Kong, another important feeder market, had to look for alternatives, as there is still a 14-day quarantine in place for those looking to pop in on Macau from Hong Kong. There’s still hope that the rest of the Golden Week holiday could offer some type of relief for Macau, but it’s already in a losing situation and won’t rebound enough to offset the declines.