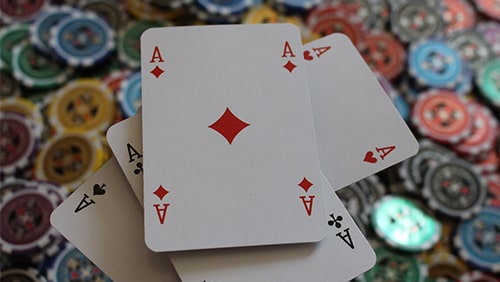 The latest Super MILLION$ event on GGPoker was a very popular one, with 196 entries coughing up $10,000 to take part. In the end, it was Bert ‘girafganger’ Stevens (sometimes known as ‘girafganger7’) who won the $393,362 top prize, defeating a highly talented final table including players such as Sean Winter and Jake Schindler.

With a massive $2million guarantee, math sharps amongst you will note that the entries were just four short of reaching that number, so a little overlay was in the pit by the time late registration ended. Stevens himself would enjoy a cool profit of 393 times his stake having won through in a satellite costing just $1,000 compared with the full $10,000 buy-in.

The final day saw Stevens head into play second in chips, after 196 players were reduced to just the final nine. With other players such as Andras Nemeth, Matthias Eibinger, Dominik Nitsche, Steve O’Dwyer, Daniel Dvoress and Ali Imsirovic all failing to cash, others snuck into the money, such as Stephen Chidwick, who min-cashed for $22,798.

The final table kicked off with plenty of action, Canadian player Guillaume Nolet busting to end with him cashing for $45,151, pocket fives against two overs when fully committed. Next to go was ‘CharlieD23’ from Norway, before Slovenian player Rok Gostisa busted in 7th for $77,565. Gostisa had most of his chips in the middle with jack-nine but couldn’t outdraw the pocket sixes of ‘Beanboozled’, before losing the change when his ace-four was dominated by ace-king.

With six players left, another of the four Canadians to make the final busted, ‘McDavid97’ losing when his all-in move for just over six big blinds with queen-ten ran into Sean Winter’s ace-jack which held. In 5th place, it was the turn of Jake Schindler to drop out of the reckoning, with Winter again the man with the metaphorical scythe. It would be Winter himself who left in 4th place, however, with the third Canadian in a row to bust losing out when his ace-queen failed to outdraw Bert Stevens’ pocket kings.

With just three players left, Mexico’s ‘Nator’ would miss out on heads-up, again running into Stevens with pocket kings. Nator only had pocket nines and couldn’t find any help on the board.

Heads-up, Stevens had a 15.8 million to 3.7 million chip lead over Beanboozled, and he managed to carry that lead through with relative ease, Stevens’ Brazilian opponent with ace-jack over king-jack to take the title and a massive $393,362. Beanboozled made do with $300,040 and the latest massive GGPoker Super MILLION$ event was in the bank.