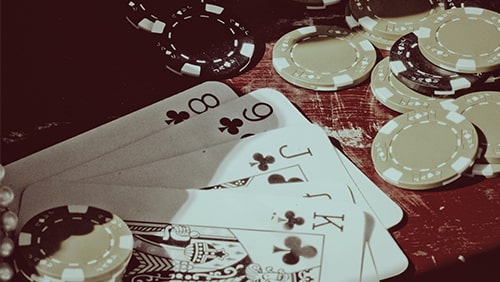 Some poker comes and goes, especially if it’s conducted by professionals. Oddly, the best in the business often look outdated just three or four years on. Poker moves in cycles and those who always play the same game and don’t evolve get overtaken by new methods of winning. It’s the same reason the flat 4-4-2 is no longer preferred in football. Virtually every top team plays a 4-2-3-1 or 4-3-3, with inside forwards instead of wingers.

In professional poker, you can get left behind very easily if you don’t adapt. This is paradoxically the opposite of poker in the Hollywood movie you’re about to become acquainted with, a scene of poker so timeless, it should be hung in art galleries to be admired and never touched.

When Steve McQueen played the Cincinnatti Kid of the title in the 1965 movie of the same name, he created an enduring character who would live forever in celluloid history.

McQueen’s performance is amazing, casting a dusty sheen over all the action. In this particular scene, McQueen, as Eric Stoner, a.k.a. ‘The Kid’, is taking on a character called Buster in a single hand of poker. Buster, wearing a dark hat and casting a shadow over the table purely through the shade of his scowl, is definable as the baddie before the first bet is made, and quickly bullies everyone else out of the hand.

“194 fisheroos to you.” The man dealing says to The Kid, who looks his opponent up and down.

“You going to bust everybody, or am I?” Buster asks. The Kid smiles and says just two words.

“What do you mean, you call?” asks Buster.

After the hand, while The Kid is cashing out with all the greenbacks – Buster’s show of the ace of spades revealing his bluff – Buster insinuates that his opponent had marked the cards.

“You guys blind or something? He aint gonna put out 194 bucks on a lousy pair.”

Buster outright alleges that The Kid has been marking the cards.

“I don’t need to mark cards to beat you, pal.” quips The Kid, heading to the restroom to freshen up.

He’s followed by Buster, who arrives to confront his enemy as he’s splashing water at his face. Noticing Buster in the mirror, The Kid grabs one of the razor blades that is sitting on the top of the sink. As Buster draws his knife, the two men tussle, with McQueen’s character relieved that he knew where he stood in the most important battle he faced and grabbed a weapon.

The film should have been directed by Sam Peckinpah, who started shooting the movie in black and white for a fortnight before being fired, unable to create the poker equivalent of the hustler, which McQueen supposedly wanted to star in. It should have been Spencer Tracy opposite McQueen, too, but while neither of those stellar names were attached, the film made $7 million at the box Office, which was a huge success in 1965.

McQueen would eventually die as a result of lung cancer, in Mexico attempting experimental surgery to remove a gigantic tumour. He was just 50 years old.

In The Cincinnati Kid, McQueen’s performance as The Kid is defined by the poker scene detailed. You root for his character and in a little over three minutes, understand exactly who he is and what his values are. The Kid, like McQueen, will live forever in the work he left behind, with The Cincinnati Kid frequently high up in The American film Institute’s list of the top 100 films, as well as many other popular lists.

The poker scene where The Kid busts Buster remains a classic to this day and you can watch it in full right here: