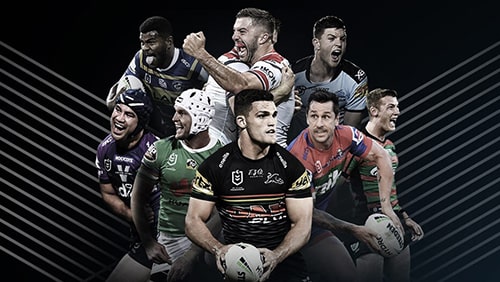 The business end of the National Rugby League (NRL) Finals series is set to kick-off this week after a COVID interrupted season. The Panthers locked in the minor premiership for only the third time in the club’s history with 15 consecutive wins. They are set to take on back-to-back champions the Roosters in the opening fixture.

We’ve taken a look at the finals line-up and given our tips on who is likely to advance to the second week of the NRL finals.

The Panthers have been in superb form, off the back of 15 consecutive wins to close out the regular season. Under the guidance of a coaching duo of Ivan Cleary and Trent Barrett, the Panthers have been humming nicely in attack, while their opponents are coming off a horrendous 60-6 defeat to the Rabbitohs in the penultimate round of the regular season.

It’s difficult to fault the Panthers and their chances will come down to the performance of star halfback Nathan Cleary. The Panthers playmaker has an excellent kicking game, leading the league in kick meters. They come up against a Roosters side that will be desperate to claim their third consecutive title. The defending champions have added former All Blacks star Sonny Bill Williams to their pack and possess plenty of strike weapons across their backline.

Confidence is everything in rugby league and the Panthers are running hot at the moment. The minor premiers should be able to claim a major scalp in the first round

One of the toughest fixtures in the NRL is the trip to Canberra for an evening match-up. The 2019 Grand Finalists have been excellent in attack and will be tough to beat at home. It’s been a difficult season for the Sharks, who have struggled for consistency on the field and faced scandal off it. The Sharks have lacked bite in defence and without playmaker, Shaun Johnson could struggle to make an impact on the scoreboard against the Raiders.

The home side should be running out comfortable winners but stranger things have happened in the finals.

After resting 12 players from their final regular-season match, the Storm will be primed to bounce back in the opening week of the finals. The Storm have rarely lost consecutive matches and its difficult to imagine that they’ll do it here against the Eels. The Melbourne side are serial winners for the better part of a decade and an opening win against the Eels could move them into outright favourites for the 2020 title. The Storm will be motivated to deliver possibly one final title for their skipper Cameron Smith and will come out firing on all cylinders.

Taking into account the form of both sides this contest could be over by halftime. These sides enter the finals at polar opposites of the form spectrum. The Rabbitohs were spectacular in their demolition of the Roosters, in a performance that shocked the competition. The Knights, on the other hand, have been dismal, limping into the finals.

The Rabbitohs have been winning games comfortably and have no reason to fear the Knights. The Russell Crowe owned side should have no trouble putting on a show against the Knights. The Newcastle side have struggled for form and have key personnel injured for the majority of the season. The Knights have struggled defensively in recent weeks and it’s difficult to see them holding the line against the Rabbitohs.