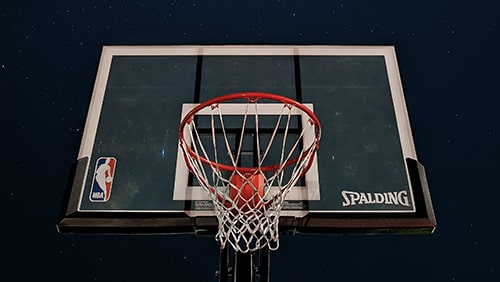 LeBron James led the Miami Heat to four NBA Finals in a row from 2011-14 and won two titles. Some believe James left after that 2013-14 season because he was never going to “run” the franchise with Pat Riley around. Now LeBron tries to beat his former team as the Los Angeles Lakers and Miami Heat open the 2020 NBA Finals on Wednesday from the Orlando bubble. The Lakers are 5-point favorites for the game and -350 favorites to win the series. Miami is +275.

The Heat were the fifth seed in the Eastern Conference and underdogs in both the conference semifinals against top-seeded Milwaukee and in the East Finals against No. 3 Boston. Miami knocked out the Bucks in five and then eliminated Boston in Game 6 on Sunday. The Heat are now the only NBA franchise with six NBA Finals appearances in the last 15 years. They are 7-3 ATS in their past 10 games as underdogs.

Rookie Tyler Herro has been one of the breakout stars of these playoffs. Herro looks like he’s about 15 years old but is a spectacular shooter. Third-year player Bam Adebayo, who like Herro went to Kentucky, also has been great in these playoffs. He has seven 20-point double-doubles this postseason, tying the second-most for a single postseason in Heat history.

That the Heat are in the Finals is a bit surprising, but the Lakers were always expected to be there after trading for Anthony Davis last offseason. They have won each of their three playoff series in five games. While it’s the first NBA Finals appearance for Davis, it’s the ninth time in the past 10 seasons that LeBron has been there.