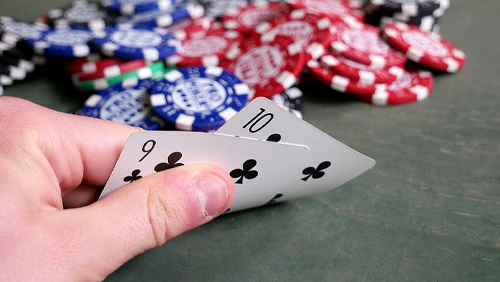 It’s easy to enjoy poker when we’re choosing which tournament to watch. When focused on strategic improvements, there’s also a progressive enjoyment to be found in improvements you can make to your own game. When poker crops up in Hollywood films, however, most poker fans will be gritting their teeth, hoping that the makers are able to make it through what is something of a movie minefield. Will the makers be able to make the poker convincing and truthful while still being entertaining enough to justify its use in the film? Unless poker is the movie’s genre, it can be a tricky balance to make.

In the 1973 film The Sting, starring Robert Redford and Paul Newman, the art of the con is explored as both characters cross and double-cross those around them. It makes a lot of sense to include a scene based around a poker table. It’s Paul Newman’s character, Henry ‘Shaw’ Gondorff, starts the scene playing poker at a table which includes his enemy in the film, mob boss Doyle Lonnegan, played by former Bond villain and Jaws victim, Robert Shaw.

“They wouldn’t let you in here if you weren’t a chump!” Gondorff gleefully tells a player in the poker game, and having angered the others in the game, Newman’s character has whittled it down to just two other people, including his enemy, and the ’mark’ in the trick, Lonnegan.

With Lonnegan reloading, the two then clash in the fateful hand, where both men are not going to showdown with the cards they were dealt. The trick is, we see as the audience, knowing where to pitch the final trick.

The scene was clearly an inspiration to the 1982 episode of Only Fools and Horses entitled ‘A Losing Streak’, which we previously wrote about in a past Poker on Screen feature. Both men are ‘at it’ and the advantage is clearly in showing down last, or having position at the table, just as it is in a legitimate game.

With a budget of just $5.5 million, The Sting took just under $159.6 million at the box office after being released on Christmas Day of 1973. It was nominated for 10 Academy Awards and won seven, including ‘Oscars’ for Best Picture, Best Director and Best Original Screenplay. The film was made on the back of nearly never seeing the light of day, being found on a slush pile by a studio reader and future Fast and Furious director, Rob Cohen. Adjusting for ticket price inflation, The Sting remains in the Top 20 grossing movies in American cinematic history, and that’s no bluff.

One of the best lines is uttered after the hand in question, by the victim, Doyle Lonnegan.

“What was I supposed to do – call him for cheating better than me, in front of the others?”

It’s a magical poker scene and you can watch it right here: