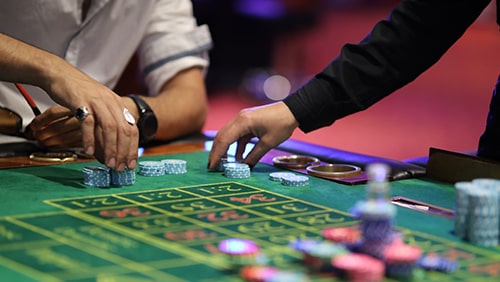 Christopher Fitzgerald is the man to beat after the second and final Day 1 flight of the World Poker Tour’s hugely successful World Online Championship.

With the eye-watering entry fee being a gigantic $25,000, the Super High Roller Championship saw 111 players take part on Day 1b, which, when added to the 88 players who took part on Day, means 199 players have so far put up the five-figure sum to be involved.

With a $5 million guarantee, there’s no wondering why and with that missed by just one entry, everyone will be fighting for the million-dollar top prize knowing that there is a little extra added value in the prizepool too. Everyone will want to emulate the actions of Phil Mighall, the British pro who already won $1.5 million this series.

Just 11 players made it through from Day 1a, but a few more booked seats for Day 2 on Day 1b, with 18 players successfully negotiating the 18 blind levels, each lasting 25 minutes on partypoker.

Day 1b saw Christopher Fitzgerald take the lead on the day into the history books of those dozen-and-a-half levels, with his 100,000-chip starting stack ending the day growing to an amazing total of 1,312,702 chips. He was closely followed by two big names as Daniel Rezaei (1,176,375 chips) and partypoker Ambassador Jason Koon (1,007,130 chips) each performed brilliantly on the night. Others were happy to make the Day 2 seat draw in decent shape to push for the title too, such as Scottish player Ludovic Geilich, who bagged up 797,634 at the close of play.

Day 1a produced the overall chip leader at the present time, with Pascal Hartmann bagging up a stunning chip mountain totalling 1,964,082 in chips. Hartmann has been there or thereabouts in plenty of the WPT World Online Championships events during the series but is yet to book an outright win; he could hardly have a better chance to rectify that fact in this event.

With the 28 remaining players all battling to make the final table, they’re all guaranteed to cash for $56,750 but will be shooting for the $1,094,460 top prize. Playing down to seven players on Day 2, it will be fascinating to see who makes what is already guaranteed to be one of the toughest final tables of the series.

The WPT Super High Roller Championship winner will receive an incredible $1,094,460 if they can seal the deal and take the title. Here’s how the players who have made it through so far are looking and how many chips they have, as well as how that equates to big blinds when they return to action.