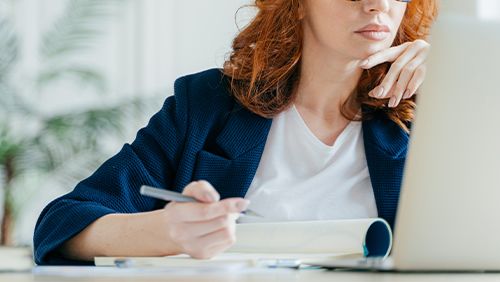 Earlier this year, the president and CEO of the Kentucky Lottery, 72-year-old Tom Delacenserie, announced that it was time to ride off into the sunset and enjoy greener pastures. He had done what he set out to do and it was time to retire, and the Lottery began exploring its options to determine who would pick up the reins. That decision has now been made and the choice to fill the vacancy probably won’t come as a surprise to many associated with Kentucky’s gaming operations. Mary Harville, the Kentucky Lottery’s now-former senior VP, general counsel and corporate secretary, is taking over. She becomes the first female ever approved for the position.

Before accepting her new responsibilities, Harville had to be approved by both the Lottery’s Board of Directors and Kentucky Governor Andy Beshear. She had little resistance with both and will now be able to easily step into her new role. Explains the Lottery’s board chairman, Mark Sommer, “Based upon her many years of senior leadership with the Kentucky Lottery, as Board Chair I can confidently assert that Mary’s selection as CEO is a wonderful step in keeping the Kentucky Lottery moving forward to new and bigger heights.”

Before being tapped to take over, Harville spent 16 years with the Lottery in her previous position, giving her more than ample experience with the operations. Prior to that, she was a lawyer for a law firm out of Louisville, Kentucky, for 16 years. All of her experience and knowledge should prove beneficial for the Lottery, which is coming off one of its stronger years in recent history. For fiscal 2020, it saw $1.2 billion in total sales, 6.2% higher than the $73.8 million from a year earlier.

Harville knows she’s more than capable of holding the reins and is ready for any new challenges that might come up. She explains, “As a life-long Kentuckian and graduate of a Kentucky university, I am also proud to lead the organization that funds KEES scholarships for Kentucky college students, and my goal is to ensure we continue to provide this much-needed funding.”

KEES is the Kentucky Educational Excellence Scholarship, a program that provides scholarships funds to students who maintain a grade point average of 2.5 or higher in each high school year. The majority of the money distributed through KEES comes from the state’s lottery options, which gave $271.4 million to the program in fiscal year 2020. In addition, KEES had $7.1 million to distribute from the Lottery’s contributions, but which wasn’t claimed by its recipients. That money ended up in the KEES Reserve Fund.

Females continue to make a splash as heads of big business, and this being seen in the gaming industry, as well. It was reported last week that Jacqueline Grace is now the senior VP and GM of Tropicana Atlantic City, making four of the city’s casinos now under female control. This trend is expected to continue.