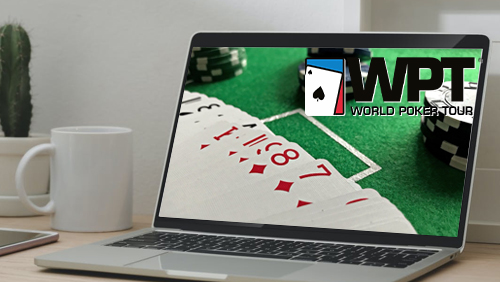 An entertaining penultimate day at the felt in the WPT World Online Championships saw Damian Salas claim the lead going into the final as British pro Phil Mighall ran him close.

Overnight, it was Russian poker powerhouse Artur Martirosian who had a massive chip lead, but he would not hold onto it for too long.

First to bust on the day was German high roller Ole Schemion, who departed for just $58,638 in 24th place, but he was quickly followed out of the door by a number of big names. Jesper Hoog busted next, just after a potentially pivotal hand where Bert Stevens bluffed Benjamin Roller off the best hand. Rolle had pocket kings and Stevens had ace-ten, and on the board of J-5-8-J-4, with three diamonds coming in by the turn, a river bet from Stevens took it down.

After players including Diego Cuellar, Paul Allen and Georgios Zisimopoulos all busted, Claas Segebrecht took a massive chunk from Stevens, flushing the turn and seeing Stevens call it down after the river with just king high.

Rolle busted soon afterwards, his all-in move with pocket jacks ill-timed as Victor Simionato called with the pocket rockets to eliminate him.

An exciting all-in hand saw Jeffrey Cormier busted in 15th when Teun Mulder opened with ace-nine and got a call from Cormier with ace-ten. The ace-queen-nine flop gave the former two pair to the latter’s top pair and the post-flop all-in and call was followed by an immediate nine on the turn, sealing the hand in Mulder’s favour.

When Davidi Kitai was busted by Dzmitry Urbanovich in 14th place, it was getting nearer and nearer the final table,  the Belgian crashing out when his middle pair on the flop was no good against Urbanovich’s flush draw which came in on the turn.

Artur Martirosian had started the day with 30 million chips but had just 10% of that number after his shove with queen-nine suited was called by the ace-four off-suit of Belgium’s Peter Aerts. Ace-high won the hand, and Martirosian’s event was over in 10th place as he bubbled the final table that he had been favourite to lead a day earlier.

Moving all-in pre-flop for around 12 big blinds, Martirosian had king-four, but had walked into Damian Salas’ pocket kings. Those held to not only knock out Martirosian but elevate Salas to the role of overnight chip leader heading into the final table, a three-bet ahead of British pro Phil Mighall.

Salas will be hoping he has more luck wearing the metaphorical yellow jersey than Martirosian did on this dramatic Day 3. Who will end up with all the chips and win over $1.7 million? We’ll find out tomorrow right here on Calvin Ayre.