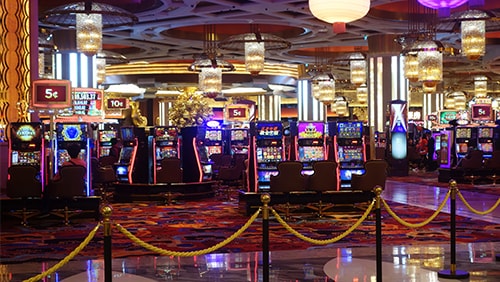 Macau, for the most part, runs on casinos. At least, that’s how it has been in the past. The city is evolving and looking to become a more well-rounded tourist destination but, in the meantime, gambling is still a major source of income. Gaming operators, just like any other business, don’t like the thought of having to shut down their operations unless it’s absolutely, unequivocally the only alternative. There have been several instances in Macau where the city’s government and its casinos reached a pact to partially close the facilities for the good of the people, such as with Typhoon Hato in 2017, or fully, like was necessary because of COVID-19. Going forward, such pacts won’t be required, as the city’s government now has the legal authority to order casinos to close.

As of yesterday, in accordance with Macau’s new civil protection framework, the city’s chief executive can make the decision to shut down one or more casinos that could be considered particularly vulnerable in an emergency, such as flooding, typhoons or security risks. Any emergency that has the potential to be hazardous to people can be included under this guidance, with the government able to make the determination on what constitutes a threat. The law stipulates that it can be used for a single casino or the entire industry, depending on the situation.

After Typhoon Hato attacked Macau with 124 mph winds and causing the death of ten people, Typhoon Mangkut roared into the city the following year. As a result, Macau’s leaders and casinos agreed to the first-ever city-wide closure ahead of the storm, which may have served as the catalyst behind the recent change in legislation. At the time, there was debate over whether or not the city had the authority to order casinos to be closed and, in order to prevent any dissention going forward, the new law makes it perfectly clear.

Macau’s casinos, according to existing gaming laws, have to open every day. However, they can suspend their activity in certain circumstances if government approval is granted. Now, in addition to the government being able to order closures, a casino operator can make the call to shut down without requesting approval, but must inform the government when the decision is made. As with the chief executive’s new authority, the closure should only be due to an event that threatens public safety.