Home / Sports / The Jose Effect: How Mourinho has altered the Sack Race odds 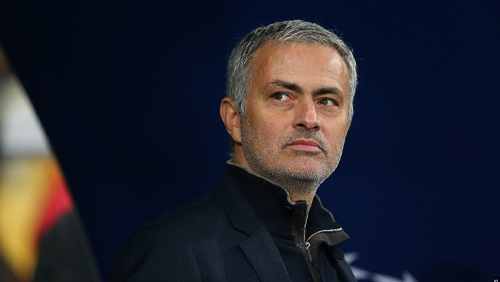 Yesterday’s surprising Premier League results included the headline-grabbing shock that Tottenham Hotspur lost at home to Everton. Not only was this the first time Spurs had lost at home in the league to Everton since 2012, but it was the worst possible start to the season for the Portuguese manager Jose Mourinho.

Mourinho has previously enjoyed a good track record at most clubs, although the pattern of his appointment and subsequent success, followed by his dismissal around three years later has become predictable in the extreme. It is said that in the first full season, Mourinho provides a major leap forward, buying many new players and developing his team into winners.

A trophy follows, before the real good times begin, around a who season of glorious success for that club. For Real Madrid it was the biggest goals haul in La Liga history and the title at Barcelona’s expense, as well as Pep Guardiola’s. At Inter Milan, it meant everything, Serie A, the Italian Cup and the Champions League, possibly Mourinho’s greatest club football achievement.

At Chelsea, that meant the title too, and at Manchester United, Jose Mourinho did bring home the UEFA Cup (or Europa League) for the first time in the club’s history to ‘complete the set’ of trophies won by the Old Trafford side.

The problem with Mourinho is that the state he leaves each club in, with overpriced often disgruntled stars costing the club a small fortune to overhaul, is often the price of that prior success.

Step forward Tottenham Hotspur, who employed Mourinho on the back of dismissing their most successful manager in terms of Premier League points per season in their history.

So far, Mourinho has been at Spurs a year, won nothing and finished in sixth place. This, however, is his first full season, and what a season – eight months long due to COVID-19 and starting with a defeat. So should you be taking the 8/1 odds that Mourinho will be sacked by chairman Daniel Levy, odds that have raced in from 33/1 since Tottenham’s lacklustre defeat to Everton?

It’s not hokum to say that despite the money flying in on Mourinho, he’s still nowhere near the favourite to lose his job. That honour, perhaps predictably, lands at David Moyes’ feet, the former Everton, Manchester United and, er… Sunderland manager a best price of 2/1 against to be sacked first after the Hammers’ meek sacrifice of all three points to Steve Bruce’s Newcastle United side on Saturday night.

In the last 24 hours, almost a third of all money taken on the ‘Sack Race’ market has been on Mourinho, but the problem for his backers is that much more of it is going on Moyes, and the bookies fear a quick kill in this market could lead to a big payout and a shortened time for punters who fancy another horse to be wrong.

What the bookmakers desperately want is for a different manager to start falling apart. Could anyone step into that space?

Fulham got off to an inglorious start too, losing 3-0 at home to Arsenal, but the odds for Scott Parker to buy a ticket first seem unfairly short, with the shortening of his odds from 10/1 to just 8/1 unnecessarily cruel given his team’s opposition were a resurgent Arsenal. Mikel Arteta is going nowhere, odds of 80/1 making The Gunners boss look impregnable as he bids to reestablish his side near the top four.

Starting the season as a 6/1 favourite to be fired first, Palace boss and previous England and Liverpool manager Roy Hodgson has drifted out to 9/1, as a result of his team’s 1-0 win over Southampton. We’d still The Saints to finish higher up the league than The Eagles, especially if Wilfried Zaha gets his dream move.

Perhaps most interesting of all in the manager’s sportsbetting markets is the fact that Mauricio Pochettino is currently joint-favourite at 9/1 to be Tottenham’s next manager at 9/1, despite only the champions Liverpool and both Manchester clubs being the only side to take more Premier League points than Spurs since Mourinho’s appointment.

One outsider to get on might be Frank Lampard at 33/1. If his Chelsea side lose at Brighton tonight, you won’t see those odds again until owner Roman Abramovich’s patience runs out, no matter when that is. It’s a massive 250/1 for all 20 managers to survive the entire season, and we wouldn’t take that with someone else’s money – it’s simply worth too much to stay in the Premier League not to risk a replacement if it’s not going to plan.