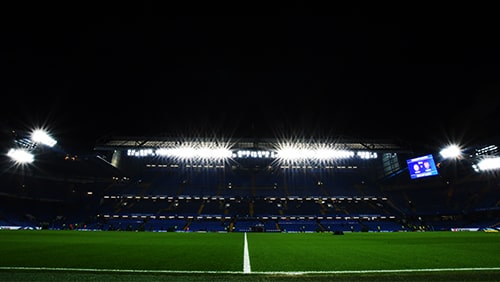 An exciting weekend of Premier League action saw the champions of the Premier League edge out the Championship title-winners in a seven-goal thriller, while there were wins for Crystal Palace, Arsenal and Newcastle United among others.

Let’s take a look at the shocks, the goalscorers and the big decisions that went one way or the other in the games that took place across the first weekend back in Premier league action.

A topsy-turvy game took place at Anfield as the reigning league champions were made to look ordinary at the back by Marcelo Bielsa’s crusading Leeds side. In the end, that wasn’t enough to deny Liverpool all three points as Jurgen Klopp’s men won two penalties, the first of which was highly debatable.

Liverpool were ahead early, but a sharp turn, dribble and finish from Jack Harrison stunned an empty Anfield. Liverpool regained the lead through a Virgil van Djik header from a corner, the Dutchman being unmarked. But while the centre-back was delighted to score, at the other end, he was slack with a pass and let in Bamford to score. Leeds were level again, but just three minutes later, fell behind for a third time. This time, there was nothing fortunate about it, Mo Salah smashing home a free ball into the top corner. Leeds came out in the second half even more focused and on 66 minutes, scored a hugely deserved leveller.

Liverpool, however, were not to be denied and won another penalty with just a couple of minutes to go, Rodrigo’s tackle catching Fabinho and giving Salah the chance to seal all three points from the spot. An opening day victory it made have been for the reigning Premier League champions, but Leeds both suggested they have enough in their starting line-up to survive and give others hope of preventing Liverpool winning quite so regularly this season.

A game of two halves took place at The Hawthorns as newly-promoted West Bromwich Albion took on The Foxes. The opening period saw The Baggies throw caution to the wind and that gave Leicester genuine concern, with Turkish centre-back Caglar Soyuncu needing to hold a makeshift backline together, with midfielder Wilfred Ndidi forced to play in place of the suspended Jonny Evans.

Leicester survived numerous scares, but in the second 45 minutes, really came to the party as they kicked off their campaign for real. First, The Foxes scored the opener with Belgian full-back Timothy Castagne scoring on his debut.

It was soon 2-0 as Jamie Vardy scored from the spot and when another clumsy challenge ten minutes later conceded a second spot-kick, up stepped last season’s Premier League Golden Boot winner to seal the win. Leicester got off to a winning start and West Brom showed that maybe they need to invest in the transfer market before the window closes on October 5th.

Jose Mourinho kicked off the season under more pressure than ever before in North London but got off to the worst possible start as Everton won away to Spurs for the first time in many a year courtesy of a bullet header from Dominic Calvert-Lewin.

The goal came in the second half, but Tottenham were poor throughout. Toothless in attack, tepid in possession, the positivity and happy pressing of the Pochettino replaced by the pragmatic Portuguese’s style of doing almost exactly the same but twenty yards further back down the pitch.

Everton are a team transformed, certainly in the middle of the pitch as Brazilian Allan, Colombian James Rodriguez and French defensive midfielder Abdoulaye Doucore all starred in a combative game. Spurs are on the back foot already, with Dele Alli hooked at half-time “for tactical reasons” and the North London outfit looking increasingly out of ideas in the latter stages when chasing the game.