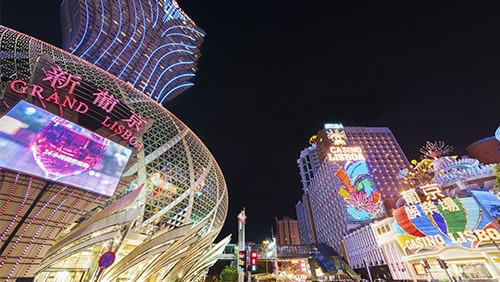 Everyone tied to the gaming industry in Macau is waiting for 2022 to come around so they can what happens as the city’s casinos need new licenses that year. In the strictness definition of current licensing regulations, none of the existing concessions can be “renewed” – a new tender process is required. While no one actually expects a multimillion-dollar casino operator to lose its license to a startup, the lack of guidance coming from the government on how the process will play out has been unnerving. Now, according to two advisors who assisted in post-handover administrations in Macau, there may not be any movement on the tender front in 2022, and delays might be needed as a result of the COVID-19 pandemic.

An online conference held yesterday by Macau Business TV saw participation by two former government advisors, David Green and Jorge Oliveira. The former is a legal advisor out of Australia who heads Newpage Consulting and Oliveira is partner and CEO of Portugal-based JCO Consultancy, as well as a former legal commissioner with the Macau Gaming Commission. He was involved in the development of Macau’s gaming regime and, after returning to Portugal, was the country’s Vice-Minister for Internationalization Affairs.

Both Green and Oliveira provided similar assessments of the gaming scene in Macau, which continues to be impacted severely by the coronavirus pandemic. However, the troubles started years earlier, as Green explained, with China exerting more control over the city, as well as the still-ongoing trade war between China and the U.S. As a result of the continued issues, “There is too much sovereign risk, there is too much environmental and public health risk, associated with making a decision to proceed with a tender now,” explains Green. He pointed out that government officials can legally extend the existing casino tenders for up to a maximum of five years and adds, “My feeling is it may require, if not the full five years, then certainly most of it.”

Oliveira concurred with the forecast, asserting, “It is very likely that more time is required. In my opinion, today there would be a relative consensus in that direction. I think a tender will take place… But it is unwise to do it – I agree – when the overall Macau brand and overall assessment has changed. We need to see some level of normalcy before a decision is taken and the path for policy is put on the table.”

There had already been talk about a delay in the tender process being necessary because of COVID-19 and other issues that have to be addressed in the city. Macau had already begun to work on an initiative that would diversify its tourism market to focus less on gambling, and the economic fallout caused by the pandemic is going to make the development of those plans more of a priority. This could lead to changes in Macau’s gaming industry, which would be implemented in connection with the tender process.

As Green explained during the conference, “I am not convinced we are going to see a snap back in business at all. In fact, I think it may be a permanent reduction in the attractiveness and volume of business that is done through terrestrial casinos. Social distancing in casinos is going to work very much against the whole dynamic of Chinese gaming, which is stacked them in, get them around the tables where the excitement is, get them back betting, and really amp the volume of play, and accelerate the flow of money.”

There’s a lot that’s going to happen in Macau over the next couple of years, but the city has already proven its ability to smartly control its own destiny. Any revamping of the tender process will help it evolve even further and become even stronger than ever before.