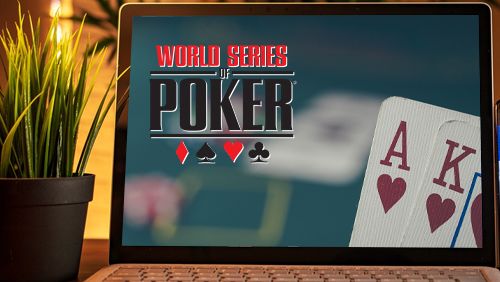 A hugely successful World Series of Poker took place over the second half of the summer on GGPoker and the WSOP.com official website. So what it made it so successful?

In terms of sheer numbers, the Series awarded $147,789,550 in prizes, with 54 gold bracelets given out on GGPoker and another 31 awarded via WSOP.com during the month of July.

Ty Stewart, Executive Director of the World Series of Poker, was passionate to a fault about the series in the following statement:

“Obviously the events of 2020 have been unprecedented, and hosting the WSOP Online series at GGPoker wasn’t in our plans at the start of the year, but going online has been a wonderful experience, with tens of thousands of new players all over the world able to experience some of WSOP magic that they might have been otherwise unable to – we’re delighted that the series has been such a resounding success!”

On GGPoker alone, the WSOP Main Event was the largest single online poker tournament in history, with a prizepool of $27,559,500 seeing first-time bracelet winner Stoyan Madanzhiev enter for $5,000 and win a record $3,904,685 top prize.

Steve Preiss, Head of Poker Operations at GGPoker, believes the series has been a big success. “For 50 years, the WSOP has been the gold standard in the industry,” he said. “By introducing features like SnapCam and Day 2 staking, GGPoker’s entire team worked tirelessly to bring our players a fun, unique experience just like they’d expect at the live WSOP.”

While the Main Event was massively popular, it wasn’t the most popular event of the online festival, with The 71st event of the Series, the ‘BIG 50’ costing just $50 to enter and featuring an incredible 44,576 entries.

Overall, there were 239,754 tournament entries across the 2020 Online Series, with 166 countries of the world represented at the felt. Only one player won more than a single event, however, that being Alex Stasiask, who won Event #33, just the second to take place on GG Poker and Event #54 too. Several players reached multiple final tables, however, with five players even managing to make not one, not two but three final tables: Michael Watson, Paul Teoh, Ajay Chabra, Bruno Albuquerque and the winner of the final event, Connor Drinan.

While it was only Stasiask who won two bracelets this series, plenty of players cashed more than 10 times, with 281 players achieving that goal across the GGPoker events alone. That’s not all, as 203 players cashed for over $100,000 in that period too.

Those players helped contribute money to charity during the Series, too, with the Caesars Cares charity benefitting by a massive $354,756 with $257,853 raised by poker community and a further $96,903 donated by GGPoker themselves. The site’s ambassador Daniel Negreanu believes the WSOP 2020 Online Series has been a huge positive to the poker industry.

“I’m personally very proud to be part of the effort that brought such a special WSOP series to the entire world,” he said. “The feedback has been overwhelmingly positive, and we even got to break a lot of poker records along the way!”

If there’s a pandemic around next year, it’s good to know that the numbers add up to GGPoker and the World Series of Poker returning whether it’s live or online.