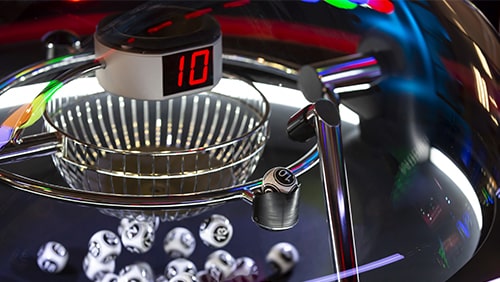 There will never be a shortage of people who, for any number of reasons, spread false news and the ease with which stories can be propagated thanks to the Internet has only attracted even more. In many cases, the initial author of the piece didn’t both to do his or her homework, and it only takes a little push from there for the erroneous information to hit all the channels in just a matter of minutes. Lately, there has been talk about an online lottery coming to Macau, the Macau Mark Six lottery, but the news appears to have bypassed any attempt, if there were any, to verify its validity. According to Macau’s gambling regulator, the Macau Mark Six is simply balderdash.

The Gaming Inspection and Coordination Bureau (DICJ, for its Portuguese acronym) was forced to issue a clarification last Friday after rumors started circulating last week that it was considering launching the Mark Six online lottery as a means to recuperate some of the millions of dollars lost because of COVID-19’s impact on the gambling industry. It reiterated the fact that Macau is not a fan of online gambling, at least for now, because of perceived risks and the lack of any solid regulations to govern the segment. Macau and the DICJ are currently working on a number of issues, and introducing regulations for new gambling activity is not a priority.

The DICJ explained in a statement on its website, “Any online casinos that operate on behalf of Macau, or any websites that claim to be exploiting the ‘Macau Mark Six’ game, are false and illegal. The Macau SAR Government has never authorized the exploitation of online games by any casino or concessionaire in Macau, and the Judiciary Police is investigating the matter.”

Hong Kong has a Mark Six lottery, provided and managed by the Hong Kong Jockey Club. It probably wouldn’t be a terrible idea for Macau to consider the option sometime in the near future, as Hong Kong’s version saw turnover of $658 million for the fiscal year that ended on June 30. The figure would have been higher if it hadn’t been for the coronavirus, and the turnover was down 39% compared to a year earlier. Still, it is apparently a solid win with consumers.

Macau has waded into the online gambling pool, getting its toes wet with Macau Slot Co. Ltd. It is the city’s only licensed sportsbook, but is limited in what lines it can offer. Currently, only soccer and basketball odds are included, and gaming regulators might consider changes in the near future. According to the DICJ, in a conversation it had with Inside Asian Gaming this past June, “The government would listen to any suggestions that would help the development of the industry. However, due to the risks of gambling through the Internet or telephone, the government must carefully study the judgment.”