Home / Ventures / Drones now have an enemy: the counter-drone 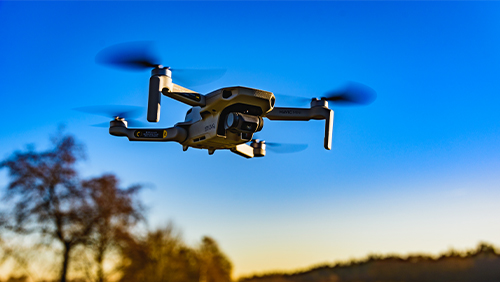 These days, there are drones for just about any type of activity. They’re great as a kite-replacing hobby, they can be used to deliver pizza and Amazon packages, finding lost hikers in the middle of nowhere, competitive races and, with larger versions, powerful military weapons. Every yin has its yang, though, and a new device is being introduced that is specifically designed to be a drone counter-measure. The anti-drone gun is coming and will be available for both the civilian and the military sectors.

According to a press release, the counter-drone is being launched by General Dynamics (GD) with technology supplied by Dedrone, a company founded specifically as an anti-drone developer. Oversimplifying the mechanics, the drone killer uses RF sensors that can identify the C2 link found in drones to target the device and knock it out of the sky. Dedrone explains that its DroneTracker software, the heart of the anti-drone tool, “detects, classifies, and protects against drone threats, including localizing the drone. Passive and active countermeasures can be triggered, tailoring the defense mechanism to the severity of the threat.”

GD Mission Systems President Chris Bradley says of its new device, “The intrusion of private and restricted airspace by unmanned aerial systems is one of the fastest-growing threats facing our customers, and Dedrone’s counter UAS technology platform is the market-leading solution to defeat those threats. We’re excited to partner with Dedrone to provide counter-drone capabilities to our global customer base.”

The device looks like some type of advanced automatic rifle, which will make it deployable virtually anywhere. As drone technology is vastly less expensive than it was even a year ago, the flying machines are found all over the place and are considered by some to be a threat on several different levels. Recently, in the current MLB season, two games had to be suspended after drones flew over the ballparks and, in another incident from this past August, a drone got too close to Air Force One near Washington, DC while it was on its final approach for a landing.

Adds Dedrone CEO Aaditya Devarakonda, “Dedrone is thrilled to be partnering with General Dynamics Mission Systems, a leader in building smarter mission-critical products and systems. With General Dynamics, Dedrone’s technology will reach a broad, global customer base, opening opportunities to provide mission-critical airspace security systems to customers both in the U.S. federal and defense sectors, as well as their global critical enterprise security customers.”