Home / Sports / The odd MLB season no one will forget 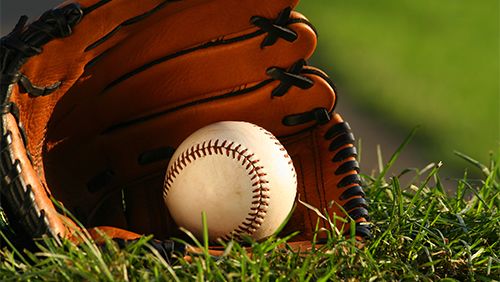 One thing’s for sure – no one will ever forget the 2020 MLB season. Just days before it should have kicked off this past March, it was forced to suspend the action because of COVID-19. That was only the beginning of what would turn into enough drama to fill a five-year soap opera, with just as many twists and surprise plot changes. Chances are, we’re not done yet, with everything from new coronavirus cases to wayward drones forcing the season to change course once again.

Since the season reboot began, MLB has had to deal with major coronavirus outbreaks in two teams that apparently thought they didn’t have to follow the rules. The Miami Marlins were the first after a number of players allegedly decided to go clubbing, leading to at least 19 players and staffers being diagnosed with COVID-19. Not to be outdone, players with the St. Louis Cardinals are said to have gone to a casino close to home, which led to a second outbreak. In both cases, games had to be postponed, throwing the already-confusing schedule into turmoil and leading to threats by league commissioner Rob Manfred to cancel the season (a bluff that would never materialize).

New York Mets outfielder Yoenis Cespedes traveled with his team to Atlanta to take on the Braves this past weekend when he suddenly went MIA. There was apparently no word, no phone call, no text message – he simply vanished from his hotel room with his personal belongings. It was later revealed, after the club began scrambling to cover the game, that he had made an impromptu decision to sit out the remainder of the season because of the coronavirus. However, that may have just been a cover for another reason. Cespedes had seen his playing time reduced and wasn’t going to be on the field much for the game against the Braves. He reportedly got fed up and decided to walk away, using the league’s coronavirus opt-out policy as an excuse. With it being so easy to abandon the season, other players could choose to follow suit and take a year off.

The plan for the MLB reboot was to have all teams top out with 30-man rosters, which would be reduced to 28 after two weeks, then to 26. Because of the continuing number of positive COVID-19 cases, the league has decided to drop only to 28 for the remainder of the season and postseason, fearful that too many players might end up riding the bench because of the virus. Taxi squads, reserve players who practice with the teams, will be increased from three to five.

Yesterday’s MLB games included a contest between the Minnesota Twins and the Pittsburgh Pirates – and a drone. During the fifth inning, someone spotted a drone hovering over Target Field in Minneapolis, the home of the Twins, and the officiating crew decided to halt the game. This may have been a first for MLB, and the officials were worried about a potential safety issue coming from the UFO. However, the players seemed to take things in stride, deciding to use the drone to practice their throws. There’s still no word on if the UFO originated from Mars or someone’s backyard, but it never used its phasers to take out a player and players were unsuccessful in knocking it out of the ballpark.