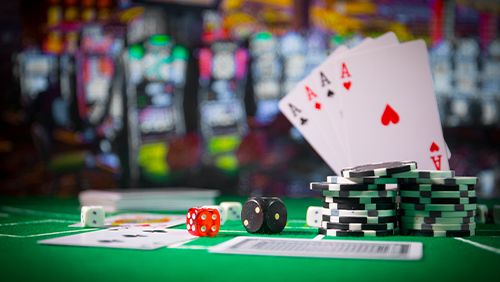 Allowing large crowds to gather in interior spaces has become taboo because of the coronavirus. This makes it difficult for many businesses, including casinos, restaurants, movie theaters and others, to make a living. An alternative, at least until things return to normal, is to allow certain activities to take place outdoors where feasible. A number of cities across the globe have introduced outdoor dining and some places have toyed with the idea of outdoor casinos. Weather and safety are always a concern, but a city in California is expected to vote on a measure today that would allow its gaming activity to be moved outside, although San Jose residents may try to shoot the initiative down.

The San Jose City Council is expected to take a vote today on whether or not the Bay 101 and Casino M8trix, the city’s only two gambling facilities, should be allowed to operate outdoor casinos for the time being. The working idea is that the properties could put up massive tents and install certain gaming equipment inside, thereby better fulfilling social distancing and other health protocols. It’s seen as a win-win-win, as the casinos get revenue, the city gets revenue and the locals get a much-needed distraction.

San Jose is missing out on a serious amount of revenue with gaming facilities still shuttered. According to Raul Peralez of the City Council, “Currently, our city’s emergency order allows for a diverse array of business sectors to operate outdoors including now personal care businesses and retailers. However, permitted cardrooms, which in 2018-2019 generated $18.9 million in tax revenue, are not included in this list and that is a missed opportunity.” He adds, “With an estimated $100 million deficit looming over our city for the next two years, the city should leave no stone unturned when it comes to creating desperately needed tax dollars for our community.”

There are a lot of components that are needed to pull off a successful outdoor casino, including enhanced security, as well as deciding on which locations would best serve the market without impacting the surroundings. Anytime changes to a casino-tied issue are requested, there are those who reject the idea if for no other reason than they have nothing better to do. However, with the city facing a major budget shortfall, allowing any business segment to reopen in any capacity is beneficial.

There’s still talk about Bay 101 and Casino M8trix having to pay more in taxes starting next year as a result of the city’s revenue losses, and allowing the two properties to get back to work now will help ease that sting should it come. This November, local residents might see an entry on the ballot that would ask them whether or not the casinos should see their taxes increase from 15% to 16.5%, but would also allow the properties to increase the number of table games they offer by 15. The measure to include the item on the ballot was approved by the City Council 10-1.