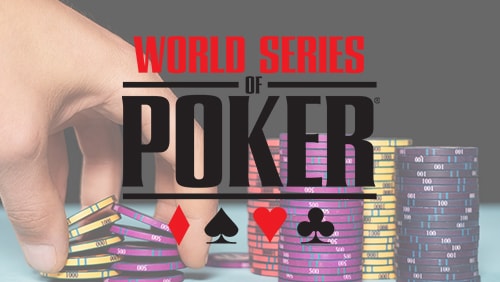 There have been several millionaires, many first-time winners and a lot of regular pros winning WSOP bracelets during this 2020 WSOP Online Series, but Nick Maimone is a name which stands out.

The very nature of this WSOP 2020 Online Series is one that has never happened before, replacing the traditional Las Vegas-based occasion at the Rio All-Suite Hotel & Casino with the online facility for players to battle it out for WSOP bracelets from home.

The latest of those players to do so was Nick Maimone, who took down the Marathon, a $1,500-entry no-limit hold’em event with 1,438 entries and a lengthy 14-hour duration. The fact that Maimone won $302,471 and his maiden WSOP bracelet wasn’t so unique, this stay-at-home series creating more winners than ever before with 31 events in July on WSOP.com and another 54 currently being played out via GGPoker’s impressive poker software.

Winning the title by defeating Diego Bittar heads-up, Maimone reminded the world just how good he is, with his previous #1 ranking on Pocket Fives signalling just how impressive an online player he is. Clearly, the lockdown has affected many players in a negative way, with live poker suffering due to the global COVID-19 pandemic, but players like Maimone have at least been able to rely on their undoubted prowess online.

From the initial entries, late registration closed with just over a third of the field still in seats, 504 players to be precise. It took an hour and a half to reach the money bubble, but when it burst, several big names had made profit on their initial buy-in.

Having already cashed two dozen times during this WSOP, GGPoker ambassador Daniel Negreanu got all the way to the top 100 places, but eventually bowed out in 86th place for a latest profit of $4,370, his ace-queen dominated by ace-king and unable to catch up.

It was Giovanni Petroni who bubbled the final table, winning $17,555 in the process when he couldn’t outrace Ermo Kosk’s pocket jacks, and Kosk would go into the final table with the chip lead. Maimone was right back in 6th position, but things would change.

It would be the fomer leader Kosk who left in 6th place, as he was ousted after back-to-back hands against Portuguese player Giovani Torre, but it was Maimone who eliminated the leader, shortly before Sebastian Sikorski (5th for $87,219) and Nikolay Motsenko (4th for $120,186) both departed to prompt three-handed action.

It would be Torre who left in 3rd place, winning $165,613 into the bargain. Short-stacked, Torre moved all-in with queen-jack and Maimone called with ace-king, which held to mean that a hand later, play was sent heads-up.

Maimone led by a few big blinds from Diego Bittar from Brazil, but the American would extend a solid lead, building his stack until it was six times bigger than his opponent’s. Bittar reduced his arrears but was still short and-stacked and called off his 20-big-blind stack with ace-five. He was winning against Maimone’s king-eight, but a king came to end the tournament in Maimone’s favour and win him his first WSOP bracelet, along with his first WSOP gold bracelet.