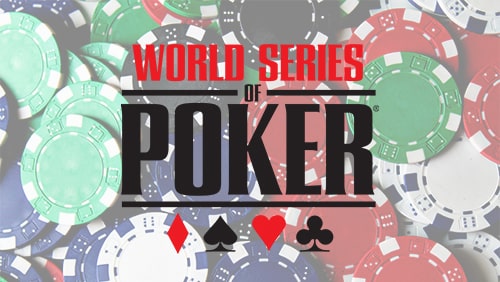 The World Series of Poker Main Event is the flagship tournament upon which all live poker rides. This year, the tournament famed for costing $10,000 to enter, as it has since 1971, the first year that cost an entry at all. Back then, Johnny Moss proved the 1970 vote to name him the best correct as he won the 7-man single-table WSOP Main Event the following year.

Since then, of course, it has grown and grown, and this year’s Day 1a featured a massive 464 players, each contributing $5,000 to the prizepool. The guarantee for the event is a humungous $25 million, and that means the Main Event will need 5,000 entrants. Players can re-enter a different flight this year, a facility that has never happened before, of course.

After the first flight concluded, 99 players made it through to Day 2, which doesn’t take place until the 30th of August. There were plenty of big names who entered but missed out on making Day 2, including Scottish poker legend Ludovic Geilich, four-time WPT winner Darren Elias, Chris ‘Big Huni’ Hunichen and Ben Farrell to name just four, but some poker luminaries did make the cut.

The chip leader from flight 1a was Samuel Vousden, who ended with 717,497 chips. The Finnish player was follows in the counts by some other well-known names, such as former WSOP bracelet winner Julien Martini (576,965), Rui Ferrera (385,142) and Alexandros Kolonias (381,459), who will all have hope of running deep in one of the biggest online tournaments to ever take place.

Day 1b saw a lot fewer entries, with just 114 players taking to the virtual felt and only 25 making it through to Day 2. Chinese player Xuming Qi went into the chipcounts with the biggest stack on Day 1b, bagging up a virtual monster stack of 620,372.

Qi was followed in the counts by Double Up Drive Charity boss and all-round nice guy in poker, Dan Smith, who totalled 421,653 in chips at the close of play and will be looking to further boost his incredible poker career earnings of over $36m in live tournaments alone. Smith has never won a WSOP bracelet and if he can do so in this GGPoker WSOP Main Event, it would be a headline-making victory for a number of reasons.

Some superstars of the game did miss out, however, with recent three-time bracelet winner Kristen Bicknell failing to make the cut and Daniel Negreanu, Brian Rast, Mikita Badziakouski, Luc Greenwood and Philipp Gruissem all falling short.