Home / Sports / As easy as Atletico, Barcelona and Celtic: Is football forgetting about COVID-19? 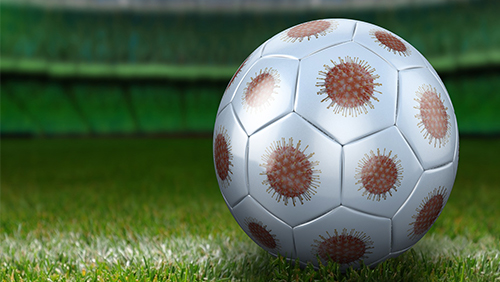 The fight against COVID-19 will doubtless one day be assimilated to a football match. When we eventually look back on this summer hiatus between fan-free Premier League seasons, however, which period of the game will it represent?

Will it be the last few minutes of playing around with possession in the opposition’s half, playing for a corner and a little wasted time before victory is confirmed? Or will it be a first-half injury time equaliser, proof that there is plenty to play for in the second half of the battle?

The actions of several clubs and individuals in recent weeks suggest that unless more is done within football itself, we could be about to concede a second early own goal as we give ourselves a mountain to climb instead.

Football has put a huge amount of effort into the global restart project led by the German Bundesliga and continued by competitions such as La Liga, the English Premier League and both the Champions League and Europa League. But have the clubs or the individual players forgotten that? Recent flouting of the rules might suggest so.

Atletico at a Loss

Barcelona Beating Back the Disease?

The Catalan club and deposed 2018/19 La Liga winners have had a single COVID-19 case at their club too. Although said to be unrelated to the first team squad, manager Quique Setién will not be happy that it’s come in the days before Lionel Messi, Luis Suarez and Antoine Griezmann and company take on the co-favourites to win the Champions League, Bayern Munich, at the quarter-final stage.

Celtic Cut Down to Size

When the Celtic first team squad were given two days off last week, boss Neil Lennon was specific in instructing the entire squad not to leave Glasgow. Perhaps the message was in such a broad accent that it didn’t get across because it emerged a few days afterwards that Boli Bolingoli hired a private plane to fly to Spain for a short excursion.

Cue the emergence of these facts after Celtic’s draw at Kilmarnock last weekend and it was clear that someone would need to step in. As it happened, that person was Scottish Prime Minister Nicola Sturgeon.

Celtic are currently 8/13 to win the Scottish Premiership, with Rangers an ominous 5/4 in their wake.

If any of the clubs mentioned knew that there would have been points docked for any breaches of the rules around player travel and infection, then would they have flouted them? We think not.

While Nicola Sturgeon has suggested that Scottish football’s most successful recent team in Celtic has received a ‘yellow card’ and not a straight red for the potentially lethal lapse, if Europe’s finest don’t stick to the rules and regulations in place then there could be a more serious lockdown imposed by governments who are already hovering with their finger over the gate’s latch.

Football is already behind closed doors. It does not want the actions of few to lock those doors for months at a cost to players, fans and profits alike.