Home / Poker / We were on a break: Seven common mistakes players returning to poker make 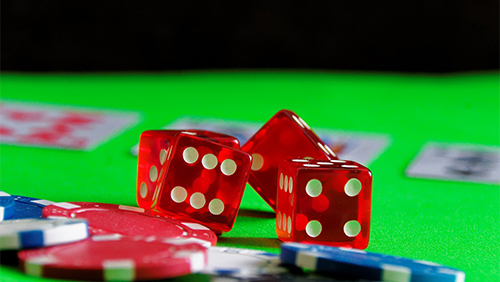 It’s not easy coming back to poker after a long hiatus, and for whatever reason, that may be happening to you right now. The summer has gone, the World Series of Poker is winding to a close and by the time you’re ready to return to investing a portion of your spare money at the felt, you’re worried that you won’t so much be the mark at the table as wearing a t-shirt with a target painted on the front when that Zoom call connects.

Don’t fret, we’re here to point you in the tight direction whatever the reason for your absence. There are still some sharks in every prizepool, but you never forget how to swim, and we can throw you some armbands.

One of the most important in-game facets of poker is the size of each bet that you’re putting out there. It’s also one of the first things you can get out of practice in doing.

Sizing your bets is something that – if you do automatically, can quickly cost you money. You’ll scare people off if you’re not adjusting your value bets, and you’ll start to be called if your bluffs aren’t terrifyingly priced.

Adjusting your bet sliders online is something you want to review regularly, and if you do so, then you’ll feel more confident in other areas of the game too. It’s win-win.

Cashing Out Lacking patience is a bit of a giveaway to your opponents being new to the game, isn’t it? That’s the good news, but the bad news is that you could easily be giving away the same telltale signs if you’re returning to the felt after some time out.

Are you three-bet calling too often? Is your VPIP (voluntarily put into pot) percentage dangerously higher than the optimal rate of around 20%? You might be trying to force the action because of a natural desire to ‘make up for lost time’. If so, remind yourself of the boundaries you shouldn’t exceed when it comes to your playing stats and be mindful of any temptation to ‘flick it in’ when you should be protecting your stack.

Impatience may be an issue, but a lack of focus can be incredibly damaging. While the impatient player can sporadically attack their way up the chipcounts, the unfocused player can, in the ‘end game’ portion of a tournament or in a massive cash game pot, cost themselves the most money.

When you came back to poker, your brain was probably right up for the potential to battle hard for big profits, but if you’d asked that same brain it’s feelings on enduring a 12-hour session at the felt to do so, you might have provoked a very different cognitive response.

Even the best face tests every time they come back after a break, such as the hugely popular Twitch streamer, Spraggy.

Pace yourself, not just in terms of the number of cash games or tournaments you sit down in, but also in terms of deep focus and relaxed focus. Know when you need to be concentrating to a maximum and allow your brain – a muscle after all – the chance to regain energy between crucial moments at the felt, virtual or otherwise.

Along the same lines as impatience, this flaw is easy to inherit when you’ve spent a lot of time waiting to come back into the action. As the saying goes, ‘Those who chase flushes, end up riding buses.’

If you’re finding yourself calling to the river before being forced to fold more often than not then it’s going to keep costing you chips. There are times when it’s going to good value to do so, but remember that there are always more reasons to fold than any other action at the table and know when to rein yourself in.

It’s easy to fixate on an alternative game when you’re away from playing your regular poker. With so many mixed games taking place in prominent tournament series, for example, it would be easy to watch Pot Limit Omaha and figure you can come back playing the variant to a degree of success. This would be a risky thought process, however.

Confidence is important in poker and maintaining your abilities in the games you usually win in when you first come back to the felt is very good for building belief in your chances in another game format.

Take your time before venturing into different waters and you’ll be swimming stronger as you progress.

Taking a shot in poker is something that everyone should do once in a while. Say you win at $5 buy-in events. That’s great, but every so often you might want to play some $22-entry tournaments or satellites into something even bigger.

Returning to poker, it can be extremely tempting to immediately fire off some shots into winning something bigger than you might usually play. However, doing this can cost you a bigger section of your bankroll, so it’s better to make sure you’re still able to run a profit at the level you played before your hiatus. That way, any shots you later fire can come out of profits you’re making.

Deciding when to pull any winnings out of your online account and transfer them into your ‘real-life’ bank account is perhaps something you won’t have done for a while. You may even have had to deposit into your online poker account when you came back to your favourite poker site to play.

Whatever your personal circumstances, any sizeable win may have to be evaluated differently to how it was before lockdown. Your financial predicament may have changed due to COVID-19’s effect on the world and you may need to withdraw more money than usual from any profits you make at the tables.

It’s worth being mindful of this and even taking the time to consider your bankroll and the stakes you play at. Make sure that you’re safe to be playing where you’re at and you’ll protect yourself from the impact of any downswing.

There we have it. In whatever way you’re returning to play poker, make sure that you are safe to do so and gamble responsibly.