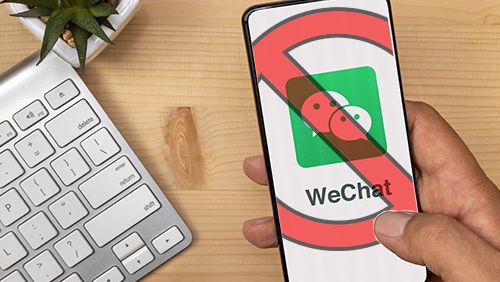 U.S. President Donald Trump’s so-called ban on TikTok may have gained most of the headlines, but the Executive Order he signed on the same day against WeChat may have the bigger impact on U.S. businesses, and specially in the gambling sector. Legal analysts expect it could cause huge headaches for U.S. based casino operations in Macau.

Trump’s order will make it illegal for any U.S. citizen or corporation to conduct “any transaction that is related to WeChat”. Due to take effect on September 20, it would bar Wynn Resorts, MGM Resorts International and Las Vegas Sands from using the app, effectively cutting off their communications with customers in Mainland China.

Carlos Lobo, a Macau-based lawyer at Weir and Associates, told the South China Morning Post that this will create a huge advantage for their Macau competition, namely Melco Resorts, SJM Holdings, and Galaxy. “The mainland Chinese tourists will prefer to go to Melco, Studio City, SJM or Galaxy rather than Sands, MGM, or Wynn,” he said. “This has a toxic effect on competition that ultimately has a negative impact on the US casino operators.”

Ben Lee, managing partner at IGamiX, noted that it’s pretty much impossible to advertise in China without WeChat. “The casinos are not allowed to advertise in [mainland] China so their marketing hosts do use a lot of social apps to contact their clients and communicate promotions,” Lee said.

And it’s not just a question of advertising, as WeChat Pay has become a very popular payment option. “So many mainland Chinese use WeChat in Macau’s casinos for all kinds of transactions. Are the American casino operators going to stop accepting WeChat Pay? There is this uncertainty now about the scope of the ban,” Lobo said.

Realistically, all of this might be nothing more than a bump in the road, with Trump favored to lose his re-election bid in November. Democratic Candidate Joe Biden may come in and undo the Executive Order, and with tourism at all time lows now anyway, the impact of decreased advertising to citizens who may not even want to travel could be minimal.