Home / Sports / Saturday’s all right for football? Why the NFL can’t be cancelled 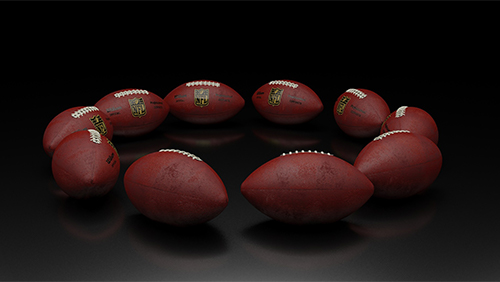 American Football has taken many knocks in recent weeks. There was the NFL draft, which this year took place online rather than with all the pomp and ceremony we’ve come to expect. Then there was last week’s opt-out deadline which saw no fewer than 67 players pull out of the season for health-related concerns, including an incredible eight New England Patriots players.

This week, the very season of football stretching ahead of us seems under threat. With the rumoured cancellation of the CFB (college football) season, the knock-on impact could well affect the regular season in NFL, yet it looks like nothing can derail a runaway train when that train is full of money.

Pete Thamel commented on Twitter that, “Big Ten presidents are meeting today. All options are on the table. There’s some presidential momentum for canceling the fall football season. It’s unknown if there’s enough support to make that decision today.”

If that’s the case, then the knock-on effect should be that the NFL season is under threat. If it is, then no-one seems to be aware of it. With CFB possibly falling by the wayside, if anything, it might help scheduling towards the back-end of the season, with Saturdays having been used before in the Autumn of other seasons. That could well be a fixture again, but if so, then a new agreement will need to be brokered as current broadcasting rules mean that until December, no games can be shown on Fridays or Saturdays.

The NFL season being at an impasse has done nothing to dampen the enthusiasm of sportsbettors, with some clear favourites emerging in several futures markets.

The Regular Season MVP (Most Valuable Player) market has the quarterback for the Kansas City Chiefs Patrick Mahomes as favourite at 4/1, while Coach of the Year has an outright favourite too in Bill Belichick of the New England Patriots. We prefer Russell Wilson (8/1) and Kyle Shanahan (17/1) in those respective markets, but the action is clearly there.

What precedent is there for NFL regular season games being played on a Saturday? Well, even in last season’s COVID-free campaign, three of the Week 16 fixtures took place on Saturdays, including the game between the New England Patriots and Buffalo Bills that saw the Pats win 24-17 and seal a memorable path to the post-season.

How soon we might see more Saturday night NFL action is still, like so many things around the 2020/2021 NFL season, still open to debate. There’s one positive, however, that being no-one can opt out of it just yet.