Last night should have been a great night for football fans. It should have been the night that the first preseason games were held, with the Dallas Cowboys taking on the Pittsburgh Steelers in the Hall of Fame Game. However, the game was canceled in June because of the coronavirus, and all preseason games were subsequently erased from the schedule, as well. With the regular season expected to get underway on September 10, there are still a lot of questions that have to be answered, and many are concerned that there may not be any fall football. Longtime Steelers coach Mike Tomlin has joined that crowd and made his thoughts known last night. 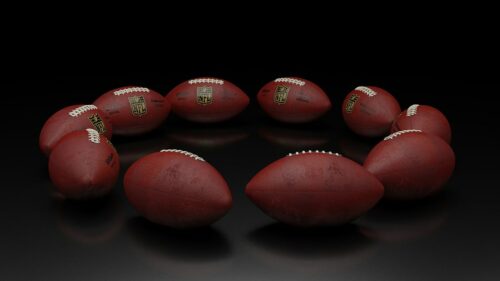 When asked by a reporter if the NFL season would be able to hold a complete season, Tomlin made it clear that he’s not convinced things will turn out the way the league and football fans hope. According to Mark Kaboly of The Athletic, he responded, “I don’t know if I am extremely confident. I respect the challenges these circumstance has presented to other leagues, some of which we are witnessing. I think we are all proceeding with caution and working extremely hard not to become part of that. We have some people in leadership positions — Dr. [Allen] Sills — and others, medical professionals, who have led the charge for us globally in the NFL, and we are working out tails off to adhere to it and hoping that is enough coupled with personal decision-making that needs to be exhibited continually by our guys throughout the course of this.”

The NFL and the NFL Players Association (NFLPA) reached an agreement that allowed players to opt-out of the season because of COVID-19 without facing any repercussions. They would also be able to collect a salary for the season, and 66 players responded to the call ahead of yesterday’s 4 PM deadline. Players can still walk away, even though the deadline has past, but they won’t be eligible for any money. The New England Patriots saw the biggest loss, recording eight players who had taken the option. The Steelers saw no player opt-out, as was the case with the Atlanta Falcons and the LA Chargers.

Some fans have complained that the players are being “selfish,” an assertion that is, obviously, extremely ludicrous and shallow. Catching COVID-19 can have long-term health implications and there’s not yet enough known about it to guarantee players will be able to remain safe and virus-free. Testing positive could ultimately ruin a player’s career permanently, not to mention the fact that it could spread to other members of his team or his family. There have already been players, such as Von Miller and Kareem Jackson, who have tested positive for COVID-19, and the ease with which the virus is passed is leading many to decide it simply isn’t worth it. Both Miller and Jackson, however, will be on the field this season if it moves forward.