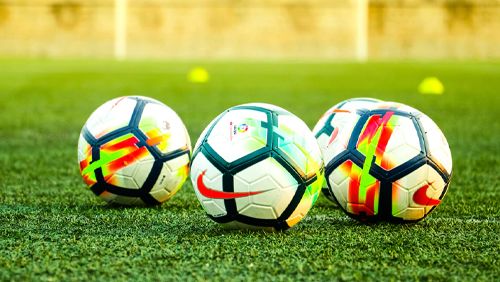 It already feels like the Champions League and little brother tournament the Europa League are down to the business end of the competitions. With the remaining Last 16 clashes bringing teams down to a single-leg, single-country ‘Final 8’ format which will leave all the teams still in with a chance just three wins from lifting the trophy, there’s all to play for. Who will come out on top and who might fall short?

Cristiano Ronaldo and company have a rescue mission on their hands in Turin as they look to overcome a second leg tie where they find themselves a goal down from the tie in France and without an away goal, either.

Lyon, while not exactly match fit after Ligue 1 was cancelled upon the lockdown taking effect, will come into the game knowing that if they score once then the ‘Old Lady’ need to net three times. While Juventus are terrible odds to win the tie outright at 7/15, they are a mouthwatering 12/1 to win by the exact score of 3-1. We think that might be where the value is.

Pep Guardiola will go into this tie with a lot of confidence, with Manchester City having been the one of the most in-form sides post-lockdown. Real Madrid trail from the first leg and head into this tie without the services of their suspended defensive rock, Sergio Ramos. Needing to win by two clear goals or in a three-goal-or-more victory, it’s impossible not to see an open tie.

The draw at 18/5 looks overpriced, but the 13/10 of over 3.5 goals to be scored looks better. The Citizens have scored goals for fun and Los Blancos simply cannot afford to sit back. They’ve won many games recently by a score of 1-0. Even that result at the Etihad Stadium would not be good enough for them.

Possibly the most intriguing tie takes place at the Nou Camp as Barcelona host Napoli. The first leg of this tie was a great one, where Napoli could count themselves unlucky not to get the victory in a pulsating 1-1 draw.

While Dries Mertens et al will have been disappointed to concede an away goal, there was enough going on at the other end to suggest that the Italians pose a huge threat to a Barcelona side who look extremely suspect at the back.

It’s all right having Messi, Suarez and Griezmann to call on up top, but you’ve got to keep the ball with them and with the Catalans throwing the La Liga title away to their arch-rivals Real Madrid due to some very costly defensive errors, this tie is set up for an upset.

Napoli at 9/4 to qualify seems huge to us, with the tie on a knife-edge and Barcelona looking less likely to keep a clean sheet than Donald Trump is to win the 2020 Powerpoint Presentation of the Year award. Barce, who lost at home to Osasuna just the other week, could ship as many as they score and scores like 2-2 (13/1) and 3-3 (55/1) become way more likely that usual given Napoli need a goal. That situation will remain as soon as the Italians do score – and they will score – because Barcelona will then need to outscore their opponents for fear of a second or third goal putting Napoli through on away goals. Eventually, we think that’s exactly what will happen.

What looks like a dead rubber in terms of progression could still be plenty of fun to watch. Chelsea, of course, won the 2012 Champions League what seems like 20 years ago when they triumphed against the German champions in their own backyard on penalties.

Since then, Bayern Munich have won every single German Bundesliga title on offer, from 2013 to the present day, eight in a row. That is an immense achievement and has taken place over the course of an era for Chelsea during which they’ve won just two titles and sacked six permanent managers, with Frank Lampard the current incumbent.

The Bavarians entirely earned 3-0 victory at Stamford Bridge before lockdown demonstrated the gulf in class between the two sides, and while Chelsea should be match-fit, injuries and contract tribulations, coupled with the fact that they cannot play either of their two new signings, Hakim Ziyech and Timo Werner make this likely to be a drab affair.

It feels a lot like it could end up 1-1, which at odds of 10/1 may well be a great bet. Bayern are 12/5 to score less than 1.5 goals for a covering bet, which is especially attractive given they did their scoring in West London.

Next week, we’ll have a full preview of the remaining teams left in both the ‘Final 8’ formats of the UEFA Champions League and Europa League right here on Calvin Ayre. Who’ll win the two biggest European trophies on offer in this 14-month long European football season? We’re about to find out.