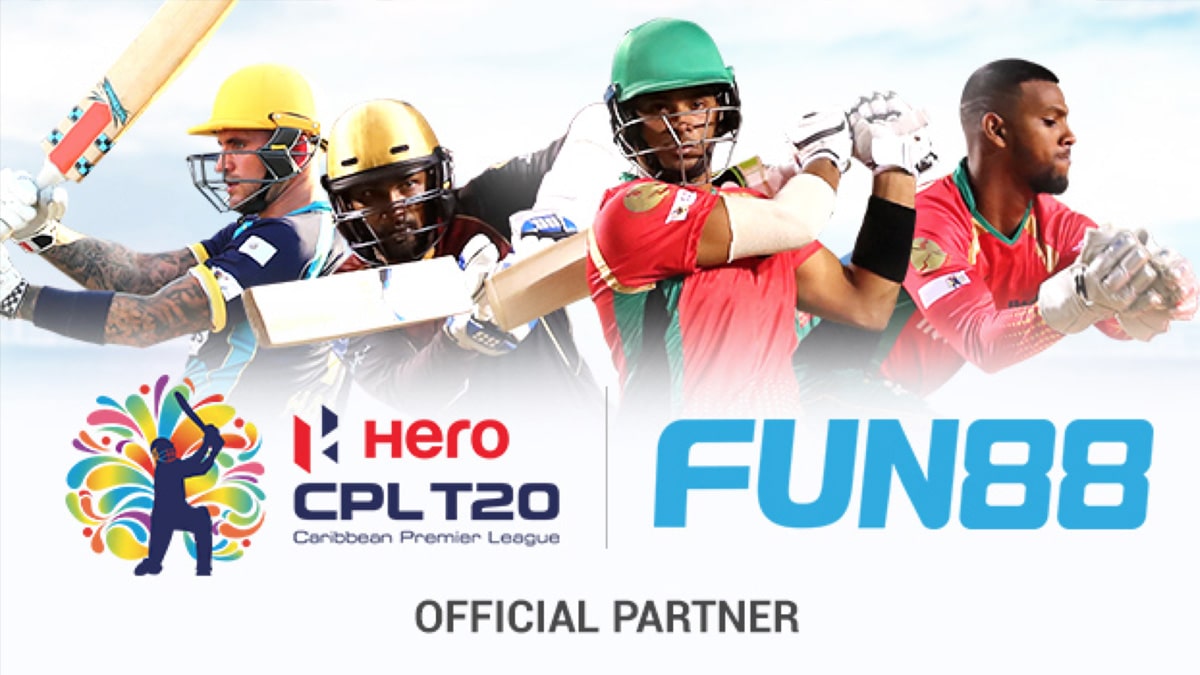 4th August 2020, Trinidad – In a sports-starved world, the latest edition of the Hero Caribbean Premier League (CPL) will serve as a global festival witnessing several nations competing over a landmark cricket championship. Adding more flavour to this season, Fun88, a leading online gaming operator, is proud to be named as the official partner of the 2020 Hero Caribbean Premier League. 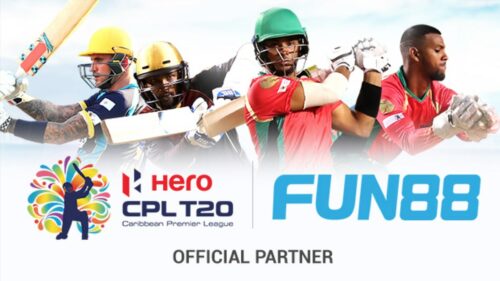 This strategic partnership will bring cricket enthusiasts closer to the action than ever before. One of the most significant features of the partnership will be to create exciting content for fans to enjoy, alongside spicing up the championship with a competition that will give fans the chance to win the prize of a lifetime.

The month-long T20 cricket tournament (18 August – 20 September), blended with the colourful carnival experience of the Caribbean, will provide an opportunity for millions of viewers to create a deeper engagement in sports. The CPL is known as one of the best cricket leagues in the world, featuring some of the best teams, such as the Guyana Amazon Warriors and the Jamaica Tallawahs.

Jamie Stewart, Commercial Director of the CPL, said: “It’s a great pleasure to welcome Fun88 as Hero CPL partners. With these great sites, fans around the world can ramp up the excitement levels and have opportunities to win big.”

A Fun88 Spokesperson said: “We are delighted to partner with the Caribbean Premier League which shares the same ethos as Fun88. We believe in collaborating and promoting sports leagues across all formats and geographies, so this partnership will deliver that message across the world.

“Cricket is a well-loved sport in many of our target markets and we hope that we will elevate and cement our presence in these markets via this long-term association.”

The CPL gets underway in a bio-secure environment behind closed doors in Trinidad & Tobago on 18 August and will see 33 matches being played at two venues in the country. The teams who will be competing for the 2020 title will include current Champions Barbados Tridents along with Guyana Amazon Warriors, Jamaica Tallawahs, St Kitts & Nevis Patriots, St Lucia Zouks and Trinbago Knight Riders.

Fun88 provides one of the widest portfolios of sports markets, lines and odds for the sports fan. With customer satisfaction and entertainment at its core, it innovates a holistic experience via the latest technology and games alongside an impeccable and personalised customer service.

About the Hero Caribbean Premier League

First started in 2013, the Hero Caribbean Premier League (CPL) is a franchise-based T20 format cricket tournament that combines two of the most compelling aspects of Caribbean life – dramatic cricket and a vibrant Carnival atmosphere. There was a combined broadcast and digital viewership of 312 million during the 2019 season to make it one of the fastest-growing leagues in world cricket. In 2019 the tournament made a positive economic impact across the Caribbean of US$136million. Barbados Tridents are the current Hero CPL champions and the other competing teams are Trinbago Knight Riders, Guyana Amazon Warriors, St. Kitts & Nevis Patriots, St. Lucia Zouks and Jamaica Tallawahs. The 2020 tournament will take place in Trinidad & Tobago between 18 August and 10 September. For further information visit www.cplt20.com.