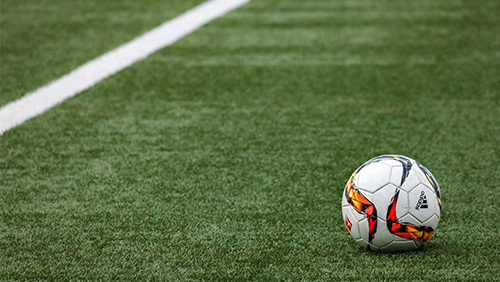 The first F.A. Cup final to be held behind closed doors was ultimately a game which deserved to be enjoyed by thousands inside the ground just as it was by millions at home.

Mikel Arteta’s Arsenal side were triumphant as they came from behind against Frank Lampard’s Chelsea to seal a memorable victory and a record-extending 14th F.A. Cup win in the club’s glorious history in the competition.

The Gunners may eventually have got their hands on the trophy, but they took the scenic route to their destination. The game kicked off with Chelsea on the front foot and The Blues wasted no time in taking the lead. A neat move with quick interplay saw attacking midfielder Christian Pulisic evade the Arsenal defence and slot home within six minutes in his own personal bid to become only the second-ever American to lift the trophy after Manchester United’s Tim Howard.

Chelsea enjoyed more possession than their more decorated opponents, but Arsenal were using counter attacks to good effect. When a through ball saw Pierre-Emerick Aubameyang clean through on goal, Cesar Azpilcueta’s desperate grab on his shirt gave away a pivotal penalty. The Gabonese striker picked himself up off the ground, dusted himself down and slotted home with unerring accuracy.

In the second half, Arsenal proved that they aren’t only effective on the break as they began to dominate the ball. This happened even more when Mateo Kovačić was sent off for a second booking, becoming just the sixth man to be sent off in the cup final after Kevin Moran for Manchester United in 1985, José Antonio Reyes for Arsenal in 2005, Pablo Zabaleta for Manchester City in 2013, Chris Smalling for Manchester United in 2016 and Victor Moses for Chelsea in 2017.

Just a couple of minutes before Kovačić saw red, The Gunners has their second and decisive goal. A beautiful move saw Aubameyang played into a goalscoring half-chance, but although Kurt Zouma stood in his way of the whites of Willy Cabellero’s eyes, Aubameyang glided past his marker before chipping it over the keeper into the net. It was never a chance he was going to pass up, as the Premier League’s second best goalscorer of the 2019/20 season won the final with the audacious piece of skill.

By winning the F.A. Cup, Arsenal have qualified directly into the group stage of the Europa League, relegating their North London rivals Tottenham Hotspur to three qualifying rounds before they get to join Arsenal and Leicester in the competition proper.

That will please Arsenal fans without a doubt, but Wolves players will now have to pull out all the stops to take part in European competition next season, with their 7th place finish not good enough to make the cut after Arsenal, who could only finish 8th, a full 43 points behind Liverpool. Wolves will need to win the Europa League to qualify for the Champions League instead, with failure to do so bound to have an impact on their transfer window.

Arsenal, once they’ve finished celebrating their 14th F.A. Cup win, will look forward to being back in European competition and with a renewed energy to improve on their Premier League finish, with their 8th place of the 2019/20 representing their lowest position in the top division for 25 years.

You can watch all the highlights from a dramatic F.A. Cup final right here: