Donaco International has been through some rough patches the past couple of years, and will still have some difficulty moving forward. The casino operator just shared its latest financial report (in pdf) with the Australian Securities Exchange (ASX), where it’s listed, and painted a pretty grim picture about what has been happening lately. For the most recent quarter, which just wrapped up on June 30, revenue had dropped 95% year-on-year. In addition, the company is now without a designated skipper, as Paul Arbuckle is officially done as of tomorrow, August 4. He had only been CEO at Donaco for six months and announced his departure last December. 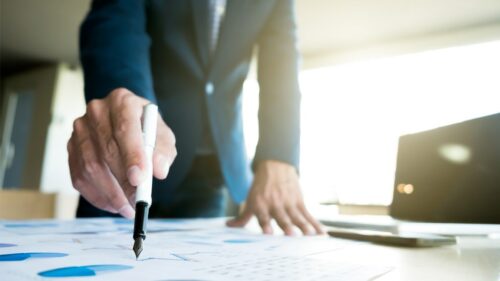 Donaco’s filing with the ASX indicates that its quarterly revenue was right at US$642,000, which is way off the $14.45 million it reported for the same period last year. EBITDA (earnings before interest, taxes, depreciation and amortization) plummeted, as well, landing in the red at -$2.13 million. A year ago, that figure was $3.41 million on the positive side.

The cause of the drop should be evident, as it is what has been impacting the casino industry around the world. Explains Donaco, “The June quarter was significantly impacted by the onset of COVVID-19 and the resultant restrictions on casino operations and border closures. The closure of both DNA Star Vegas [in Cambodia] and Aristo International Hotel [in Vietnam] for an extended period of time has had a material impact on Donaco’s operations.”

As a result of the downturn, Donaco is taking measures to cut expenses. It has in its possession cash and cash equivalents that total around $9.11 million, and wants to make sure it doesn’t have to spend more than necessary. Donaco explains that it is exploring initiatives that place “heavy emphasis on tightly controlling and reducing costs and capital expenses” that it hopes will enable to continue to maintain its current monthly burn rate of “approximately US$800,000 to US$900,000.”

Not having a dedicated CEO could make the situation a little more unstable. Arbuckle has stayed on board on a monthly basis since announcing his resignation last year, but no successor has yet been named. Donaco explains in its ASX filing, “The CEO recruitment process is ongoing. The board has interviewed a number of quality candidates,” adding that they are “currently under consideration.”

This morning, Donaco presented a new filing to the ASX, confirming that it had successfully completed a securities placement it had announced (in pdf) last week. According to the update (in pdf), it placed a total of 1,235,389,382 units at $0.025 each, for a total of just over $30.88 million, which it plans on using for working capital.