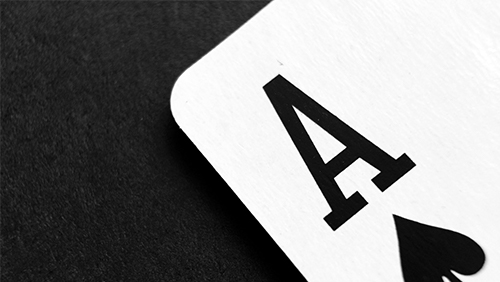 This week, in case you missed it, featured a WSOP Twitch storm as Daniel Negreanu was briefly banned from the poker streaming service after offering to insert a poker player’s teeth where he’d have no natural use for them.

In the ensuing days, Negreanu has defended himself as a husband protecting his wife, Amanda Negreanu, answered various calls for his head and defended blasphemy, his licence to rant and his Twitch record among other things. Add into that he’s cashed in 15 WSOP events and it’s been a busy week for Kid Poker. So when Doug Polk called out his behaviour in the latest of several bizarre social media posts that come across more as a call for fans than Negreanu’s head, it’s been a week of beef for the famous vegan player Negreanu.

Polk doesn’t just want Negreanu’s head on a plate – although, imagining the YouTube views, he might require it – Polk wants a ‘heads-up for rolls’ clash.

These match-ups always sound way more exciting than they end up being, so before you buy up your nearest 7/11’s entire supply of sweet ‘n’ salted popcorn, think back to the Cate Hall vs. Mike Dentale ‘clash’, which had all the rumble in the jungle of a petting zone at a hamster sanctuary.

In before he wants to play 9 card omaha 12 or lower stud session, and then play 1 tournament and call it a day.

You want to play the format you studied the most and I haven’t.

You want it to be played online.

And you want me to play 4 tables at the same time?

Anything else? You want me to stream it too so you can see my hole cards? https://t.co/3k1wuRwBd2

leading to a counter-offer from Polk which is yet to be taken up on or rejected.

How about this, we each pick a game. Challenge is split between both formats.

I want to do this online so we can actually play some reasonable volume, but I am willing to move it down to 2 tables.

Also I have never used a solver in my life and havent studied in years. https://t.co/PAVOc6Ibmt

One fan was only too keen to compare the match-up to a famous boxer vs. MMA fight between the two biggest names in each fighting class.

While any major heads-up competition between Polk and Negreanu would be box office, it might not quite be the explosive heads-up fans would hope for. Polk is all about the views and it’s likely that YouTube would have to play a major part in the offering – so expect moderation and no teeth-based insults related to certificate-R content.

Possibly the funniest comment on the whole situation came from Negreanu as he said “Can I at least set the rake structure?”