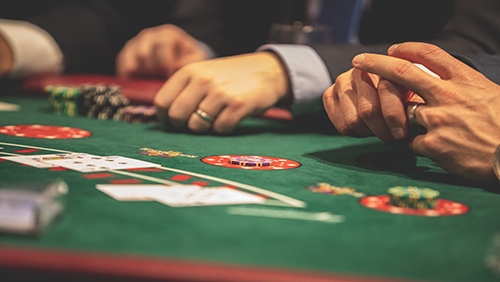 Several months ago, employees of Macau’s casinos voiced concern over the possibility of losing their jobs permanently. The coronavirus pandemic was taking its toll on the city and all casinos had to be completely shut down temporarily in order to prevent the virus from spreading. For a region that relies heavily on gambling for its survival, suddenly finding all of its properties closed projected an eerie sight that didn’t instill a lot of confidence. While Macau has been able to start to recover, the short-term fallout of COVID-19 will continue to be felt, especially in the employment numbers. The latest figures provided by the city’s government show a huge drop in the number of workers with steady jobs from the first to the second quarter of 2020.

In the first quarter of the year, there were about 87,500 employees working for Macau’s casino, gaming and junket operators. By the end of the second quarter, that number fell to 82,300 as 5,200 people found themselves not able to return to their jobs, according to Macau’s Statistics and Census Service (DSEC, for its Portuguese acronym). That coincides with the casino industry’s gross gaming revenue (GGR), which is currently flatlined at 97% of what it was a year ago. In each of the three months of the second quarter, GGR has been cut by over 90% year-on-year.

Macau leaders and gaming regulators had tried to keep the market segment motivated and even tried to convince operators to not take drastic measures. However, in some cases, the inevitable happened, and companies were forced to shut down operations as the money quit flowing. There have been a number of junkets scrambling to cut their losses and some have already taken measures. Golden Group, which has a number of VIP clubs in Macau, is going to close all three of its clubs at the Hotel Lisboa as of the end of this month.

The DSEC adds that the number of people currently out of work in Macau increased from 400 to 10,100 in the second quarter, with many of those having previously worked in the gaming industry, or in closely related fields, such as restaurants and bars. In terms of underemployed numbers, there are now 13,900 who fall into this category, an increase of 3,300. These figures equate to increases of 2.1% and 2.5%, respectively, between the first two quarters of the year, with 9.7% of the population now out of work.

The agency also revealed that the monthly earnings of those who still have jobs have receded to the same level they were almost three years ago. While average monthly salaries have risen consistently since, the coronavirus has wiped out the positive growth, and the median wage is now at 15,000 MOP ($1,876.50) after having reached a high of 17,000 MOP ($2,126) across most of the year last year.