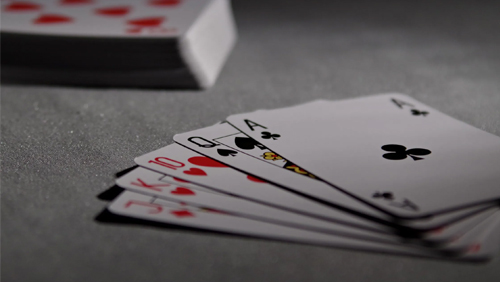 It takes a lot to make a TV series about poker, but in most shows, the arrangements of a set, lights, cameras and plenty of action on a well-lit table surrounded by professional players and with presenters and commentators in place, it’s a game with safety nets everywhere.

If the action is bad, the commentary can fill in the gaps. If the commentary is a little quiet, the presenters can add some razzamatazz to proceedings to make the action of one table of poker players seem all-encompassing and larger than life.

It’s much harder to do that when the TV show is taking place inside a house of just four players.

The premise to 2 Months 2 Million is a simple one. Four players work together in an online poker ‘grind house’ to make $2 million in two months. Airing on G4TV – it’s real, we swear – the ‘grinders’ in question were Jay Rosenkrantz, Dani Stern, Brian Roberts and Emil Patel. The four are a good combination and it’s easy to see why they work well together.

The juxtaposition between what the makers of the TV series would have hoped the series would detail and what it actually takes to make $2 million profit in just 62 days is quite stark, however, and part of the fun in watching the series is in identifying the join between the two very different situations, the one in the minds eye of the TV producers and the one playing out courtesy of the four men in the frame.

Scouting Las Vegas isn’t really their scene, so the parts of the series where they head out don’t come across as authentic, but instead come across as rather more staged.

The task is an extremely tough one and we won’t post any spoilers here to ruin your enjoyment of a programme with real potential. It would be a good TV show to revive in these lockdown days, and while the amount and time period might be better to be reduced (even making $100,000 in a month would be highly entertaining) it would be viable and highly watchable stuff.

Why each poker brand hasn’t looked at doing this on a slightly more affordable scale, perhaps asking the players to video blog each day and having a skeleton filming team collect and edit the footage is beyond us – come on, partypoker, PokerStars or GGPoker, let’s see what you’ve got.

The original show is something of a curate’s egg, but is interesting enough to be the foreshadow to a more polished product that just over a decade later could still work really well and appeal to poker fans and aspiring players in equal measure.

You can watch what happened right here in 2 Months 2 Million and find out if they make the target in the time they are allotted. It’s exciting stuff.