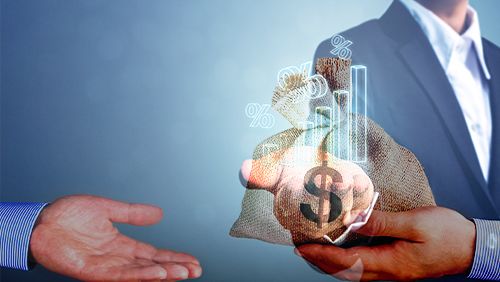 Last month, Spanish gaming operator Codere announced that it had worked out a deal to receive some much-needed money to keep it running while it overcame serious pitfalls caused by the coronavirus. At the time, the arrangement was expected to give the company somewhere between $135 and $169.5 million at a relatively accessible 7.25% interest rate. However, now that a final agreement has been reached, the new deal is substantially different from the original, which is both good and bad news for Codere.

First, the good news. According to SBC News, Codere now will have access to about $285.9 million (€250 million) in cash that will help keep the company moving forward for the next year or so. The arrangement comes as Codere reached agreeable terms with its U.S. bondholders, including Blackrock, Dryden Capital, Invesco and Jupiter AM, to approve the financial arrangement. The money will be in addition to an existing $914.5-million long-term note (€800 million) the company current has open, and the new loan was approved by the majority debt-owners behind Codere, including private equity funds Abrams Capital and Silver Point.

Codere had hoped to be able to restructure some of its current debt last month, turning to Bank of America to help negotiate an update to existing debt of about $114.33 million (€100 million). However, at the time, Abrams and Silver Point balked at the idea, which left the global gaming operator in a very precarious situation as bills continued to pile up.

Now for the bad news. Instead of paying its normal and modest 6.75% interest, or even 7.25% interest, the approved interest rate is almost double what it pays on the existing €800-million note. Codere will have to pay 12.75% interest on the new financial injection, which means the company has to make serious improvements if it expects to cover all of its outstanding debt.

The good news is that Spain, which is Codere’s primary area of operations, is starting to emerge from the coronavirus lockdown, so the company can begin to launch recovery efforts. However, the amount of outstanding debt has to make investors and backers nervous, wondering if the company will be able to rebound completely. That can only be answered with time and with a successful return of normal gambling levels throughout the world, a feat that is expected to take at least another two years, at the very minimum.

Codere reported, two months ago, that it had cash and cash assets totaling $93.6 million. However, it was spending around $28 million a month to keep its head above water, and gambling activity in countries where it operates are only now coming back online. The next 12 months are going to be touch-and-go for the company, and it’s almost a sure bet that no one will be willing to put up more money if things don’t turn around quickly.