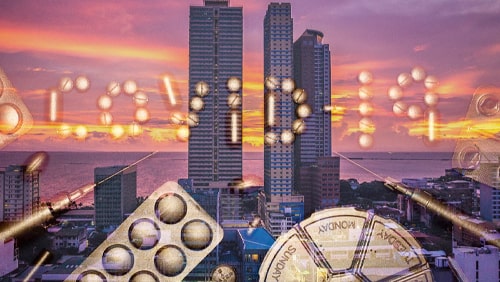 First, it was May; then it was June. Next came possibly July, but it looks like that will pass, as well. The General Community Quarantine (GCQ) thrown over Manila in the Philippines remains in place, and it doesn’t look like it will be removed anytime soon. That’s potentially bad news for the metro area’s casino industry, which is now entering its fifth month on lockdown. COVID-19 continues to maintain a tight grip on the country and doesn’t appear to be anywhere close to letting up.

Talk of the GCQ coming to an end has been whispered for the past couple of weeks. It grew new legs recently when rumors starting circulating that the Presidential Palace was looking into moving Manila out of the highly-restrictive quarantine into Modified GCQ, which would allow more businesses, including gambling facilities, to unlock their doors and get back to work. However, those legs were pulled out from underneath the idea yesterday by Harry Roque, a spokesperson for President Duterte Rodrigo.

The Philippine Inter-Agency Task Force for the Management of Emerging Infectious Diseases (IATF-EID) and mayors have been meeting regularly to discuss protocols. However, despite attempts by economic leaders to convince the IATF-EID and the political leaders to push forward with the easing of restrictions, there hasn’t been much support. States Roque, “That was not part of any recommendation made. That’s what the economic managers want, but it is not the recommendation made by anyone, mayors or the IATF, during the meetings.”

The Philippines have recorded over 57,000 coronavirus cases, and the outlook isn’t getting any better. Yesterday, there were 836 positive tests and there are concerns that another wave is coming, just like what has been seen in other countries. Since the Philippines started to let up on travel restrictions at the beginning of June, the number of positive cases has tripled, and health officials believe there could be as many as 12,000 unverified infections.

The U.S. has been experiencing spikes in different states, and several of these have already ordered some businesses to shut down once again. Among the states to backtrack so far have been Nevada, California and Louisiana. In other areas, voluntary shutdowns have been seen and, in all cases, the casino markets have continued to take a massive hit.

President Duterte is scheduled to address the ongoing health crisis this Wednesday when he issues a new update. That update will most likely not be the news everyone wants to hear, as he is expected to extend the quarantine yet again. If he does, it will probably be August – at the very earliest – before casinos can get back to business, and this paints a grim picture for their survivability as revenue losses continue to mount.

Asia-Pacific is in the middle of a massive casino revenue void
Erik Gibbs
29 June 2020
.