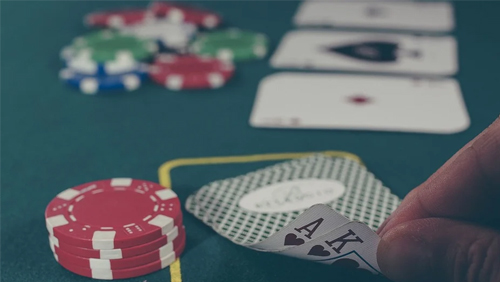 It’s been a very busy weekend in the World Series of Poker. Three more bracelet winners were confirmed across a weekend where dreams came true, a player who had never played online poker won a bracelet at their first attempt and a laptop nearly got smashed in hilarious fashion.

It could only happen at the World Series of Poker… even if it is online.

To the first event of the weekend, then, and a Friday night to remember for a first-timer who has played poker for years. Ron McMillen, who has played live poker for many years, had never opened up an online lobby in his life until compelled to do so during this year’s WSOP.

With 1,026 entries costing $600 each, a prizepool of nearly a million dollars was shared out across 10 hours at the virtual felt. In the end, 70-year-old McMillen won the top prize of $188,214 as well as his first WSOP gold bracelet, but plenty of big names fell by the wayside on that journey.

The most successful tournament poker player of all-time online, Chris Moorman finished 141st for $1,656, while Daniel ‘Kid Poker’ Negreanu  came in 96th for slightly more of a result at $1,851. Nick Schulman (43rd for $3,703), Anthony Zinno (22nd for $5,360) and Ryan Leng (10th for $10,331) all got close, but it was the old-timer who was playing online for the first time who proved it was his time.  He celebrated in some style and would later arrange drinks with his friends at ARIA in Vegas.

This is what it's all about ! pic.twitter.com/10UYvh8V1Y

The $6000-entry NLHE MonsterStack WSOP event had even more entries, with almost double the number at 2,074. With the biggest prizepool of the WSOP Online Series so far at over $1.1 million, the top prize of $172361 went to Ryan Torgerson, who lost heads-up to McMillen in Event #9, a phenomenal achievement given the field size of each event.

To win the event after finishing as runner-up in the prior event is one thing, but Torgerson did so by stepping over the metaphorical bodies of some superstars along the way. With players like Jason Somerville (51st for $3,023), previous nemesis Ron McMillen (65th for $2,127) and Anthony Zinno (22nd for $5,360) all coming close but eventually falling away, Torgerson’s success was sweet.

Finally, Event #11 took place on Saturday into Sunday and saw $1,691 entries at $500 a pop. Won by Raman Afansenka, who took home $128,601 and the bracelet, it was notable for featuring a run all the way to 3nd place by previous WSOP legend in recent years Chance Kornuth, who won bracelets back in 2010 and more recently 2018.

Kornuth had chances to close it out heads-up but ultimately saw the stacks swing against him, prompting an amusing response from former WPT Main Event winner and TV writer Matt Salsberg.

Nice score. I can help you with your heads up game, HMU.