Home / Casino / MGM Springfield is coming back to life, but very slowly 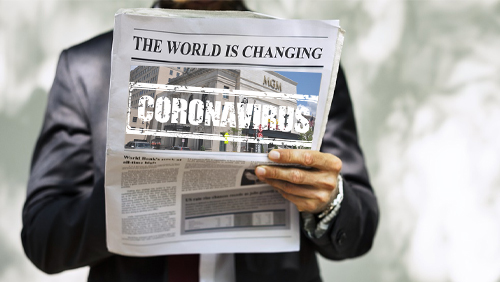 Life is finally – albeit slowly – being breathed into the MGM Springfield casino resort in Springfield, Massachusetts. Like virtually every casino in the US, as well as in other parts of the world, the gambling facility turned off the lights and sent everyone home in March because of the coronavirus. Also like every other casino, it has been anxiously awaiting the day that it could flip the switch back on and resume operations. That day has arrived, but things definitely aren’t returning to normal. MGM Springfield is ready to only bring back one-third of its staff for the casino and the attached hotel is not going to open anytime soon.

The gambling venue will open as of Monday, but without many of its restaurants and with a major reduction in the number of slot machines and table games being offered. As a result, sending a call out to the entire pre-COVID-19 workforce would be a financial mistake, and MGM Springfield executive will gradually add more personnel as needed. The only department that is running at 100% is the cleaning department, necessary in order to adhere to established coronavirus health policies. This means, at least for the near-term, the staffing level of just over 2,000 prior to the coronavirus pandemic will be reduced to approximately 600.

The company’s VP of Human Resources, Marikate Murren, told media outlet MassLive, “We’ve been in touch with our team members throughout this because they’ve been going through a difficult time. Our intent, based on the Massachusetts gaming commission [sic] and the Commonwealth of Massachusetts, is to bring them back as they allow us to have additional capacity here and to open additional outlets. That is the intent to bring back as many people as we can.”

The recovery plan implemented by Massachusetts Governor Charlie Baker prohibits large gatherings, which have been a primary segment of MGM Springfield’s hotel clientele since it opened. As a result, and with the prospect of not being able to establish a necessary revenue level to make operations viable, the hotel will remain closed until further notice. To open it now, according to the hotel’s VP of Hospitality, Abe Berry, would be foolish.

He added in comments made to MassLive, “We don’t have a date yet set for opening but I think as we see conventions come back and hopefully a lot of the virus mitigated that definitely [we] will make a decision about the hotel. We probably won’t open the whole hotel entirely, it may be a couple of floors initially just based on what we’re seeing for demand.”

A large segment of the commercial activity in the state has been allowed to resume, but not all. Phase 4 of the recovery plan will include the reopening of venues such as bars and nightclubs; however, this phase won’t be authorized until a coronavirus vaccine is found, according to Baker. That, by most estimates, may not happen before the start of 2021.