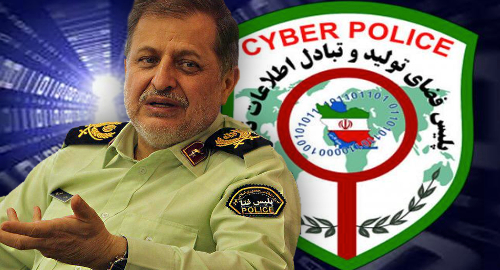 Iran’s efforts to combat unauthorized online gambling are proving enormously successful, at least, according to the guy who has to answer to the mullahs if the campaign fails.

Iranian media quoted the nation’s top cybercop General Vahid Majid saying that the authorities had observed “an increase in cybercrime every year” since the formation of the FATA cyber police unit in 2011. Majid made the comments at a recent press conference aimed at debunking COVID-19 misinformation that was circulating online.

Majid (pictured) also warned the public that attempts to gamble online or promote such activity via social media or other digital channels during the country’s pandemic lockdown would be “dealt with severely.” Majic claimed that FATA had to date targeted “6,157 sites and 730 websites” engaged in such activities, resulting in 2,884 judicial actions against those responsible.

Last October, Majid was celebrating the disruption of nine groups responsible for 61 online gambling sites. Gambling in any form is strictly illegal in the Islamic Republic of Iran, with the authorities even targeting state television’s version of the Who Wants To Be A Millionaire game show.

Earlier this year, the FATA chief in Hamadan province warned the public that “anyone who wants to bet on cyberspace is guilty according to the law and will be dealt with” according to the law. Iranian nationals are subject to up to six months in prison as well as 74 lashes if caught engaging in illegal gambling.

Gambling operators can face up to two years in prison, or even longer for repeat offenders, so it’s no wonder that the bulk of Iran-facing gambling operations are conducted from outside the country.

Turkey is reportedly the primary base of operations for Iran-facing gambling and betting sites, which rely on a stable of Farsi-speaking Instagram influencers, including some popular hip-hop artists, to pitch Iran-based gamblers on where to find the best online action.

These sites have no direct access to Iran’s banking system, creating the need for their customers to deal with third-parties who convert Iranian tomans into digital currency that can be funneled to the gambling sites via transactions disguised as less controversial commercial products.

Did Iran’s supreme leader have a hand in writing the UIGEA?
Peter Amsel
4 August 2010
.