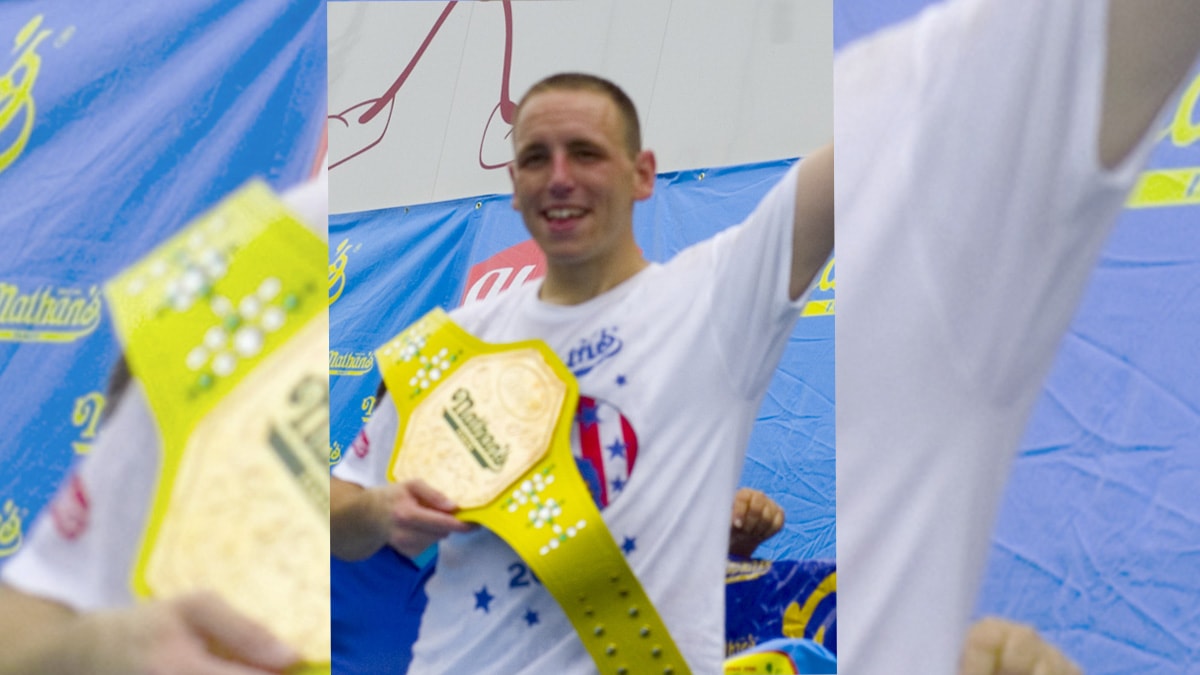 He came, he ate, he conquered. The man known as ‘Jaws’ lived up to this fabled reputation, conquering the 2020 Nathan’s Hot Dog Eating Contest. Defending champion Joey Chesnut recorded his fifth consecutive win, sealing 13 wins in his last 14 years. It’s a record that puts Liverpool or the Patriots to shame. Chestnut broke his world record at the event, eating 75 hot dogs and buns in 10 minutes, beating his previous world record by one dog.

The event was held under strict social distancing restrictions this year and held indoors for the first time in Nathan’s Hot Dog history. The normal field of 15 was reduced to only five competitors to make allowances for social distancing. Major League Eating champ Matt Stonie, was the highest-profile scratching from the event. The YouTube sensation was the last man to defeat Chestnut in a 2015 upset win.

Nothing was stopping Chestnut from roaring to a one-sided victory. Chestnut defeated second-placed Darron Breeden by a record 33 hotdogs and broke the 2018 world record by a single dog.

The five-time champion spoke to ESPN straight after the win:

“It was hard, I knew I was fast in the beginning. It was like blistering speed. And the dogs were cooked really well today. Minute six is where I really missed the crowd and I hit a wall, and it took me a little bit more work to get through it. This is a crazy year, and I’m happy I was able to get a record.”

Chestnut adjusted his game to the indoor conditions this year perfectly. “There’s a little bit of a bonus ’cause we’re gonna be eating in air conditioning and they’re less eaters, so they’re making less hot dogs so they might taste better,” Chestnut said.

Not to be outdone, the women’s event was a titanic affair. Miki Sudo set a new women’s record as she claimed her seventh straight Nathan’s Mustard Yellow Belt. The Rhonda Rousey of the Major League Eating set a new world record of 48.5 dogs. Consigning legendary eater Sonya Thomas’ 2013 record of 45 to history.

Like Chestnut, Sudo blew away the competition, with 16 dogs separating her and second place Larell Marie Mele. Sudo commented after the event on her preparation.

“I feel great, I’m sure the physical effects will kick in in a little bit. I think the condensed preparation period really lit a fire under me.”

Both titleholders retain the Yellow Mustard belts and earned a $10,000 cheque for the 2020 win.