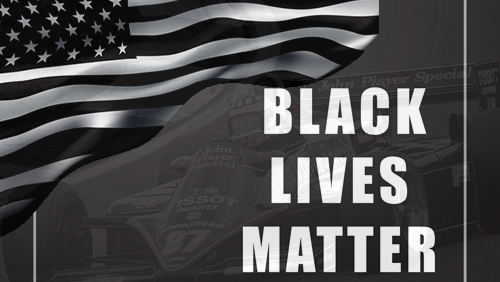 While Valtteri Bottas claimed the win at the Austrian Formula One Grand Prix, it was the actions of his Mercedes teammate Lewis Hamilton prior to the race that were talked about.

The six-time world champion has been vocal in his call for diversity in Formula One, and before the race took a knee in support of the Black Lives Matter movement. Hamilton had called out his fellow drivers to show their support, but not all were willing at the Austrian event.

One cause. One commitment.

As individuals, we choose our own way to support the cause. As a group of drivers and a wider F1 family, we are united in its goal.#WeRaceAsOne pic.twitter.com/qjxYi1zWcJ

All of the F1 drivers on the grid wore shirts calling for an end to racism, but six drivers chose to not follow Hamilton’s lead and opted against taking a knee. Hamilton and 13 of his colleagues took a knee in support of the BLM movement. The standing drivers included Ferrari’s Charles Leclerc, Kimi Raikkonen, Carlos Sainz, Antonio Giovinazzi, Daniil Kvyat and Red Bull star Max Verstappen.

Ferrari’s Leclerc was adamant that his refusal to kneel was not a sign of his stance in the fight against racism:

“I believe that what matters are facts and behaviours in our daily life rather than formal gestures that could be seen as controversial in some countries, I will not take the knee but this does not mean at all that I am less committed than others in the fight against racism.”

Red Bull’s Max Verstappen immediately defended his decision after the event on Twitter:

“I am very committed to equality and the fight against racism, “but I believe everyone has the right to express themself at a time and in a way that suits them. I will not take the knee today but respect and support the personal choices every driver makes.”

On the Spielberg track, it was Hamilton’s teammate who claimed the honours. Valtteri Bottas led from pole position to finish the competition’s first winner since the COVID restart. Bottas was joined on the podium by Ferrari driver Charles Leclerc, with McLaren’s Lando Norris finishing in third place for his first-ever F1 podium finish.

The action moves next to Red Bull Ring for the Steiermark Grand Prix on July 12.