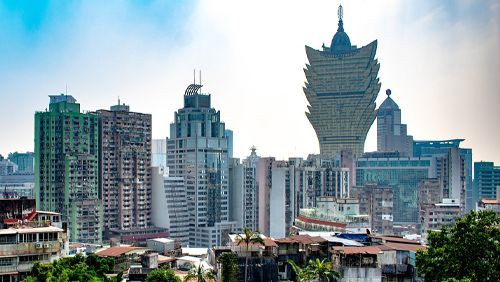 This year got off to a shaky start for casinos in Macau, thanks to COVID-19, and things aren’t getting better yet. The second quarter of the year is now in the books, and the international gambling hub would probably like to start over. Once the final tallies are in from the various casino operators in the city, it’s expected that the numbers will be in the red, and Morgan Stanley analysts foresee an EBITDA (earnings before interest, taxes, depreciation and amortization) loss of over $1 billion for the quarter. According to the multinational financial firm, it will be the “worst quarter ever” for Macau.

Combined, Macau’s casino operators could report as much as $1.04 billion in losses, with Sands China and Melco Resorts Entertainment accounting for almost half of that. According to Morgan Stanley’s Praveen Choudhary and Gareth Leung, the two will see around $286 million and $205 million in losses, respectively. How each of the six operators manage their recoveries and show operational resiliency will ultimately determine who is in a better position financially, as evidenced by improved stock performances, regardless of the hit taken by the coronavirus.

The analysts add, “Macau stocks rose 21% in 2Q20, outperforming the Hang Seng Index by 15 percentage points; we think the market believes the worst is behind us and pent up demand and removal of overseas destinations as a choice could drive upside to estimates. While 2Q numbers may not provide when the travel restrictions will be lifted or how big 2021 could be, it can answer two questions: (1) who controlled costs the most, and (2) who lost the least as a percentage of Enterprise Value.”

A year ago, in the second quarter of 2019, Macau enjoyed gross gaming revenue of $2.4 billion, which has now been almost completely stripped away across the first six months of the year. Most recently, in June, gaming revenue fell 97% to only $89.7 million to make a huge impact on the city’s economy. Since the beginning of the year, revenue at Macau’s casinos has dropped 77.4%.

At least one government official knows how the city could bounce back quickly, but the solution is finding a little resistance. If Guangdong Province in mainland China would ease border restrictions, Macau could see anywhere from $750 million to $1.25 billion in revenue, according to Davis Ka Chio Fong. That is based on the tourism that would be seen in Macau, which is faced with an “urgent” need for border restrictions to be lifted.

He explains, “Once the border with Guangdong Province starts to open, Macau’s GGR will likely recover to between MOP$6 billion (roughly $750 million USD) and MOP$10 billion ($1.25 billion USD) depending on the level of opening. So it might be about MOP$8 billion ($1 billion USD). But, of course, it’s hard to reinstate the GGR level as before.”

However, even with border restrictions in place, there have been isolated cases of COVID-19 appearing in Macau. Similar situations have been seen in China and Hong Kong, and the U.S., in almost every spot where restrictions have been lifted, have witnessed a return of the virus. Government officials will be reluctant to make concessions, despite the dire situation in Macau, unless everyone is convinced the situation can be controlled.