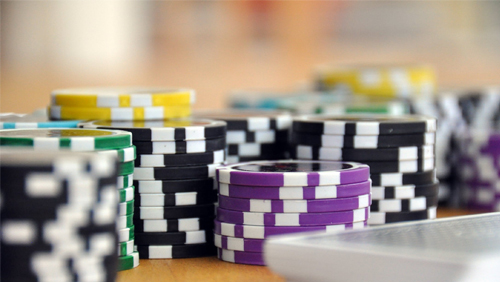 Each week, we take a look at poker on our television or cinema screens. Sometimes, it’ll even be a moment in time when poker has popped up on your computer. The important thing is, it’s all visual. From the cameo appearances of the game to shows centered around the greatest card game on the planet, poker has always been an intriguing subject on screen. This week, we’re heading back in time to 2009, when Daniel Negreanu took part in a Million Dollar Challenge.

The concept of Million Dollar Challenge was quite simple, but it was a brilliant one. Each show, Daniel Negreanu would sit down with a relative unknown, teach them some tricks of the trade and prepare that person to take on a table of poker players, including names such as Joe Cada. That person would then take them on with Negreanu at their side, acting as a sort of poker Yoda, passing on advice, noticing the odd tell, with some genuinely hilarious consequences. Watching players like John Salley question just how much of his game Negreanu is going to give away for free is box office poker on TV.

Having coached his quarry to ‘beat the pros’, Negreanu then gets the chance to see his student risk the $25,000 they’ve won to turn it into $100,000…by beating Negreanu himself heads-up. If the contestant can do that, then they get that six-figure win, but if not then they get nothing but a free trip to the Bahamas. The interesting part was not only that Negreanu has taught them everything they know – during the episode that is – but that if they win through to the series final, then another $1 million is up for grabs if they can repeat the trick.

Presented by Chris Rose, the opening episode features an amateur player called Father Andrew Trapp, a priest who takes on the whole gang. We won’t spoil it but take a look and see for yourself whether he was worried about what was tossed into the collection plate at the next communion.

The whole show is a really interesting casual poker interest show and it would still work today. Negreanu could still be the mentor, and really the show thrives on the content hooks he provides, in much the same way that Kid Poker’s video blogs have captured the imagination since coming to screen on YouTube.

Having made only 13 episodes in a year across 2009 to 2010, the show never made it to the kind of lengthy run that it perhaps deserved. If GG Poker really want to bring the fun back to poker in some quirky ways, they’ll revisit this format very soon.