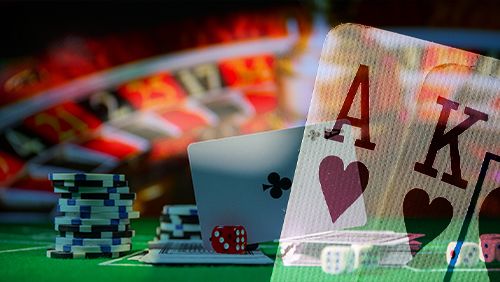 After 14 events of the PLO Poker Masters, the scores were totted up and a champion was announced. Many expected Finnish player Eelis Parssinen to hold onto his lead going into the final few events, but no-one would have guessed that he’d do it by just a single point.

The action has been great throughout the PLO Poker Masters, and with superb commentary by PLO and YouTube poker legend Joey Ingram as well as PokerGO’s own Jeff Platt, the series has been a blast for poker fans to enjoy.

The final five events saw a lot of twists and turns as Parssinen made his way to the overall championship. Andras Nemeth turned out to be his closest rival, and his victories in Event #9 and Event #12 helped him on that rise to the closest runner-up position in Poker Masters history.

Andras Nemeth has just won his second Poker Masters Online: PLO Series tournament OF THE DAY. His third of the series (through 12 events). WOW

Jen Kyllonen had been Parssinen’s greatest rival throughout most of the series, and he stepped up his own pursuit of the PLO Poker Masters championship in Event #13, winning it for $200,000 as he outlasted a field of 46 opponents to claim the title.

Kyllonen had illustrious company in the final six, with Scottish legend Ludovic Geilich finishing in 6th place for $27,028, British poker’s most successful live tournament player of all-time, Stephen Chidwick, finishing in 4th place from his Mexico holiday home for $45,000 and Canadian player Matthew Wood runner-up for $127,973.

By Event #14, it was still Parssinen’s to lose and that event concluded with Parssinen a single point ahead. But with Event #13 the final qualifying event for PLO Poker Masters Championship points and still to finish, both Gavin Cochrane and Finnish player Aku Joentausta had chances to seal an overtaking victory. It didn’t come, however, and Parssinen had the championship win.

Here’s how the winner’s podium place looked after each of the events in this summer’s PLO Poker Masters Championship:

The PLO Poker Masters Main Event saw Isaac Haxton take down the title and win $675,000 in the process as the partypoker pro outlasted a field of legends, all of whom has stumped up $50,000, such as Britihsh poker high roller Sam Trickett.

Haxton himself busted and re-entered, so was in for $100,000 and made it count as he outplayed the final five opponents he had in the streamed action via Poker Central.

With Pascal Lefrancois and Andre Santos both narrowly missing out on turning a profit at the final table, only four of the final six players were paid. Chris Kruk busted in 4th place to bank $157,896. It was Aku Joentausta who finished 3rd, earning $225,000.

Heads-up saw Grazvydas Kontautas push Isaac Haxton all the way, but when both men were all-in on the flop and holding flush draws, Haxton overtook his opponent’s pocket tens with a hit of his ace, and when the flush came in on the river, his was the nuts. That meant Kontautas won $42,104 for his runner-up finish, while Haxton banked a whopping $675,000, ending the final event as the Main Event champion.

With bumper prizepools, great coverage and some terrific four-card game action, it’s hard to see why the PLO Poker Masters won’t become a regular fixture on Poker Central’s circuit of events, whether they are live at ARIA in Las Vegas or online via partypoker and their live streaming service.

It’s been an unmissable series, especially for all the winners.