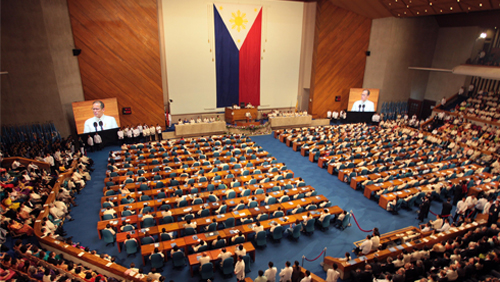 Is a POGO exodus really happening, and if so, is it a good thing? It entirely depends on who you ask. After the Philippine Amusement and Gaming Corporation (PAGCOR) announced that two Philippine Offshore Gambling Operators (POGOs) and several service providers were leaving the country in an exodus due to tax disputes, one POGO is disputing exactly why they left, while a couple of senators are celebrating the demise of the industry.

Suncity Group disputed PAGCOR chief Andrea Domingo’s version of events, saying that while they are reducing operations in the Philippines, they aren’t leaving the country entirely. They told Inside Asia Gaming:

“Suncity Group spares no effort to develop itself as a global integrated VIP entertainment conglomerate. The junket business in Manila is definitely important to us and we can’t find any reason to leave Manila at this particular moment.

“In regards to the comment provided by Mdm Andrea Domingo, we think she is referring to telebetting services, which has nothing to do with the junket business that Suncity Group operates in Manila.

“We will continue to develop our VIP entertainment business in licensed gaming operators in Manila, and provide seamless VIP services to our guests.”

Whatever the reality is with Suncity, headlines matter in the Philippines, and the publicized departure of a couple of POGOs had a couple of senators very pleased with themselves. “POGOs won’t be a loss to the Philippine economy,” said Senator Joel Villanueva, chair of the committee on labor. “We should attract companies that invest in Filipino people. Good riddance.”

While PAGCOR had explained that POGOs were leaving because they felt unwelcome, and because ongoing tax disputes were making any kind of stability for the industry to be a pipe dream, Villanueva had a different explanation.  “The failure of POGOs to adhere to our laws resulted in their exit. This is what happened, plain and simple,” he said. Villanueva added that POGO firms that exit the country should still have to settle their tax bills, or join a blacklist.

Senator Frank Drilon joined his colleague in celebration. “That’s good news,” he said. “Let them go. POGOs [Philippine Offshore Gaming Operators] are not our loss. Let’s not chase them. PAGCOR should stop playing a lover to POGOs.”

Senator Risa Hontiveros joined in too. “PAGCOR should exercise its regulatory powers and come down hard on tax-evading POGOs.” she said.

As PAGCORs Jose Tria noted though, it’s not really their job to police or advise on taxation, and actually advised POGOs to fight for what they believed was right. “We’re not tax experts. It is for POGOs to question the applicability of the franchise tax. Whatever the court decides, we follow. If they don’t want to question the tax, then they should pay it,” he said recently.