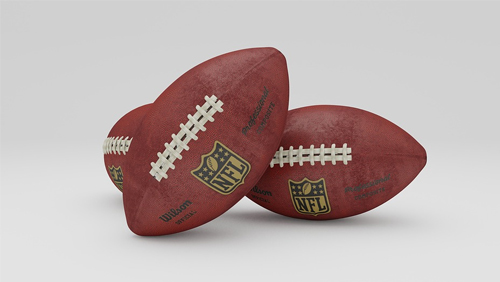 The NFL season is approaching, and sports fans are getting ready for the action. The league has been working on its plan of attack, putting together policies and procedures for training camps and the upcoming season. The schedule for preseason and regular-season games has been posted and, as of yesterday, everything was on track for the traditional start to the season, the Hall of Fame game, to be held on August 6. What a difference a day makes, though, as the game has now been canceled. The coronavirus claims its first football season victim, but it may not be the last.

Late yesterday, the NFL officially canceled the Hall of Fame game and put off the 2020 induction ceremonies. COVID-19 can be blamed for the changes, which will see both activities remain off the schedule until next year. The Hall of Fame game, scheduled to be played between the Dallas Cowboys and the Pittsburgh Steelers, will now be played on August 5, 2021. The induction ceremony will be held two days later, and the 2021 inductees entering the Pro Football Hall of Fame the following day.

According to the Hall of Fame’s CEO, David Baker, delaying the induction ceremony wasn’t an easy decision to make, but it was necessary. He said in a statement, “This is the right decision for several reasons, first and foremost the health and welfare of our Gold Jackets, incoming centennial class of 2020 members, hall personnel and event volunteers. We also must consider the most appropriate way to fulfill the first tenet of our mission: To honor the heroes of the game. This decision meets that duty.”

Tagliabue, who led the NFL as its commissioner from 1989 to 2006, is the recipient of the 1992 Eagle Award presented by the United States Sports Academy, which he received the group’s highest honor for his work on advancing international sports. He told the Associated Press regarding the cancellation of the upcoming events, “The delay is obviously disappointing but completely understandable. It’s always a great weekend especially for football fans and family, coaches, colleagues who’ve been critical in our successes. But a big part of the weekend is meeting, greeting, photos and signing autographs for the thousands of fans. Not something that I’d want to do in the coronavirus environment.”

Further changes could be coming to the upcoming NFL schedule. Team owners met yesterday to look at the options and to make any adjustments that may be necessary.