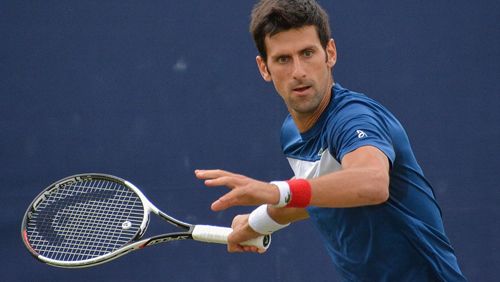 After ridicule from some and condemnation from others, Novak Djokovic has tested positive for Coronavirus.

At the weekend, the Serbia-based Adria Cup was abandoned before its final game due to multiple international tennis professionals testing positive for COVID-19, including Grigor Dimitrov, who posted on Instagram to announce the news.

It’s not just Dimitrov who had been diagnosed before this latest bombshell to rock tennis. Other players who took part in the Adria Cup, such as Borna Coric and Viktor Troicki have also tested positive for the deadly virus.

Locked in a global pandemic, the attitude of Novak Djokovic in organizing an International tournament, allowing multiple big-name players to travel to Serbia, such as Alexander Zverev and Dominic Thiem has been seen as nothing short of disgraceful.

Nick Kyrgios, himself not a stranger to controversy, could not believe the scenes he witnessed online from Australia, as he called out the “boneheaded decision” to host the event.

Prayers up to all the players that have contracted Covid – 19. Don’t @ me for anything I’ve done that has been ‘irresponsible’ or classified as ‘stupidity’ – this takes the cake. https://t.co/lVligELgID

With British players such Sir Andy Murray calling it a “lesson for us all” when Dimitrov was diagnosed, there has been shock and anger too. British men’s number one Dan Evans told the BBC that he felt it was a “poor example to set”. Murray elucidated on the subject.

“Once you start having mass gatherings with people coming in from all sorts of countries, it’s a recipe for it to kick off,” Murray said, “Take this extremely seriously [and have] as many safety measures in place as possible.”

There’s simply no way that happened in any way.

A slew of players will now have to self-isolate, and with the planned crowd-free U.S. Open scheduled to take place between 31st August and 13th September, there will be major questions about how the Adria Cup was allowed to go ahead. Djokovic’s claim that the beach was Mother Nature’s gym rather than a potential breeding ground for a killer virus is tragic in its naivete.

With tennis largely clueless as to how this was allowed to happen, the world number one now faces the prospect of recovering from Coronavirus himself, let alone looking around his inner circle and extended family for those who may have caught the virus. A spike in transmission a few weeks before the next Grand Slam is the worst possible preparation for such a vital event.

Condemned by many both inside the sport and out, can Novak Djokovic possibly get past this controversy and return to play the U.S. Open? It seems highly unlikely that this blows over, in much the same way that

Djokovic’s statement that the last month was organised with ‘pure intentions’ and that there is a new reality that we need to live and cope with’ is naïve in the extreme. He has endangered players and fans health by doing so, and should take full responsibility.

Here’s that statement in full:

“The moment we arrived in Belgrade we went to be tested. My result is positive, just as Jelena’s, while the results of our children are negative.”

“Everything we did in the past month, we did with a pure heart and sincere intentions. Our tournament meant to unite and share a message of solidarity and compassion throughout the region. The Tour has been designed to help both established and up and coming tennis players from South-Eastern Europe to gain access to some competitive tennis while the various tours are on hold due to the COVID-19 situation.

It was all born with a philanthropic idea, to direct all raised funds towards people in need and it warmed my heart to see how everybody strongly responded to this. We organized the tournament at the moment when the virus has weakened, believing that the conditions for hosting the Tour had been met. Unfortunately, this virus is still present, and it is a new reality that we are still learning to cope and live with.

I am hoping things will ease with time so we can all resume lives the way they were. I am extremely sorry for each individual case of infection. I hope that it will not complicate anyone’s health situation and that everyone will be fine. I will remain in self-isolation for the next 14 days, and repeat the test in five days.”

The fallout from this shocking turn of events could be huge for the world of tennis, and in microcosm for the immediate future of the U.S. Open. Novak Djokovic, on the brink of a potential historic year in which he could eclipse Roger Federer in Grand Slams, has been thrown into doubt as there is no guarantee that the ATP don’t throw the book at him for endangering lives in such a thoughtless, reckless manner.